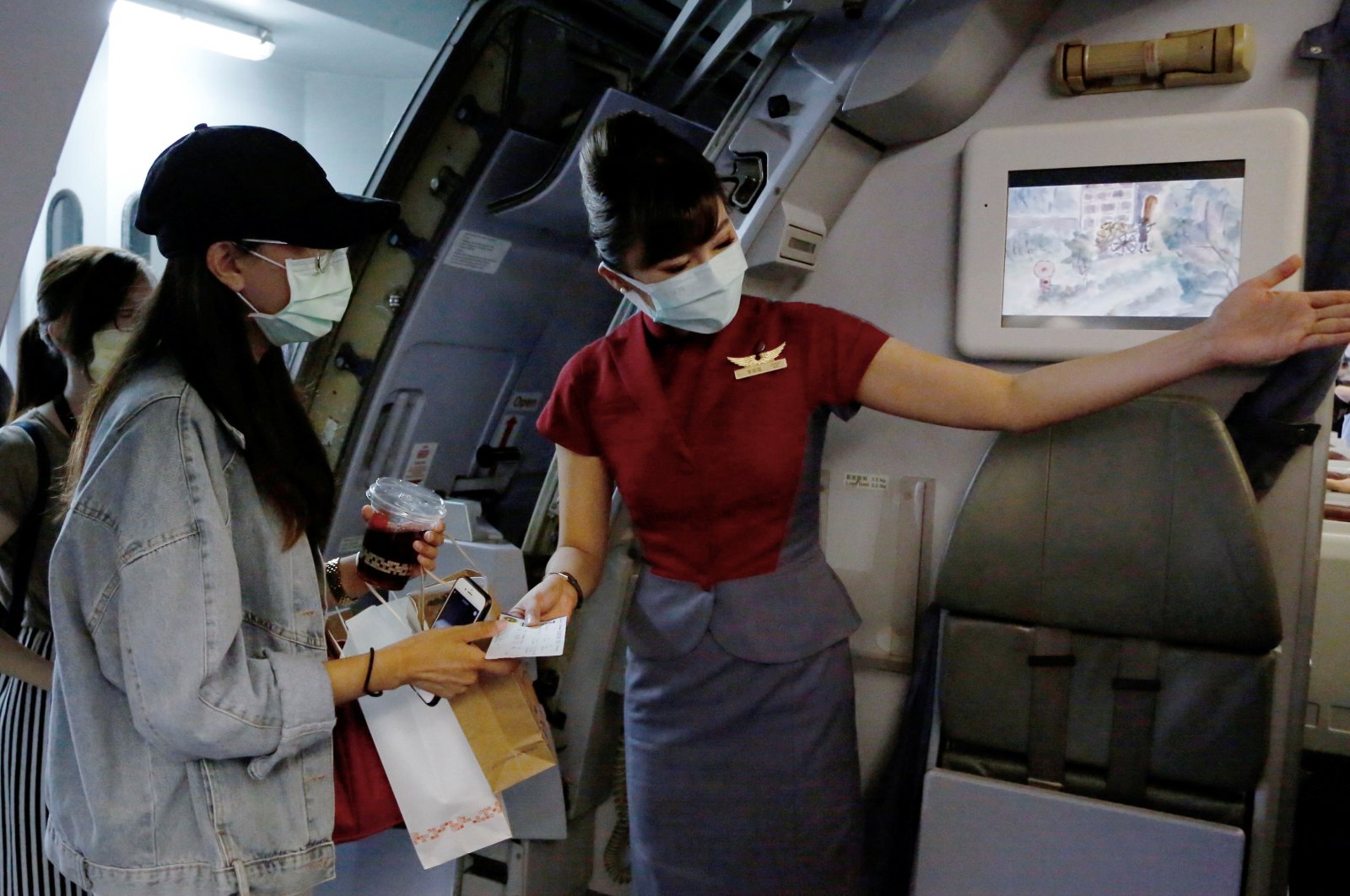 Starved of the travel experience during the coronavirus lockdown? One Taiwanese airport has the solution – a fake itinerary where you check in, go through passport control and security and even board the aircraft. You just never leave.

Taipei's downtown Songshan airport on Thursday began offering travelers the chance to do just that, with some 60 people eager to get going, albeit to nowhere.

"I really want to leave the country, but because of the epidemic lots of flights can't fly," said Hsiao Chun-wei, 38, who brought her young son.

The passengers got boarding passes, and proceeded through security and immigration before boarding an Airbus A330 of Taiwan's largest carrier, China Airlines, where flight attendants chatted with them.

"I hope the epidemic ends soon so we can really fly away," said a 48-year-old woman who gave her family name as Tsai.

The airport is using the event to show off renovations completed while passengers have stayed away, and show people what coronavirus-prevention steps they are taking.

Songshan usually has flights to Tokyo, Seoul and several Chinese cities, and is also an important domestic hub.

Taiwan has emerged relatively unscathed from the pandemic thanks to early and effective prevention steps, but has largely closed its borders since mid-March. It has advised citizens against overseas travel unless absolutely necessary.

With fewer flights operating, passenger numbers have plummeted 64% in the first five months of 2020 compared with the same period last year, according to the government.

Still, in one bright spot, internal travel is booming.