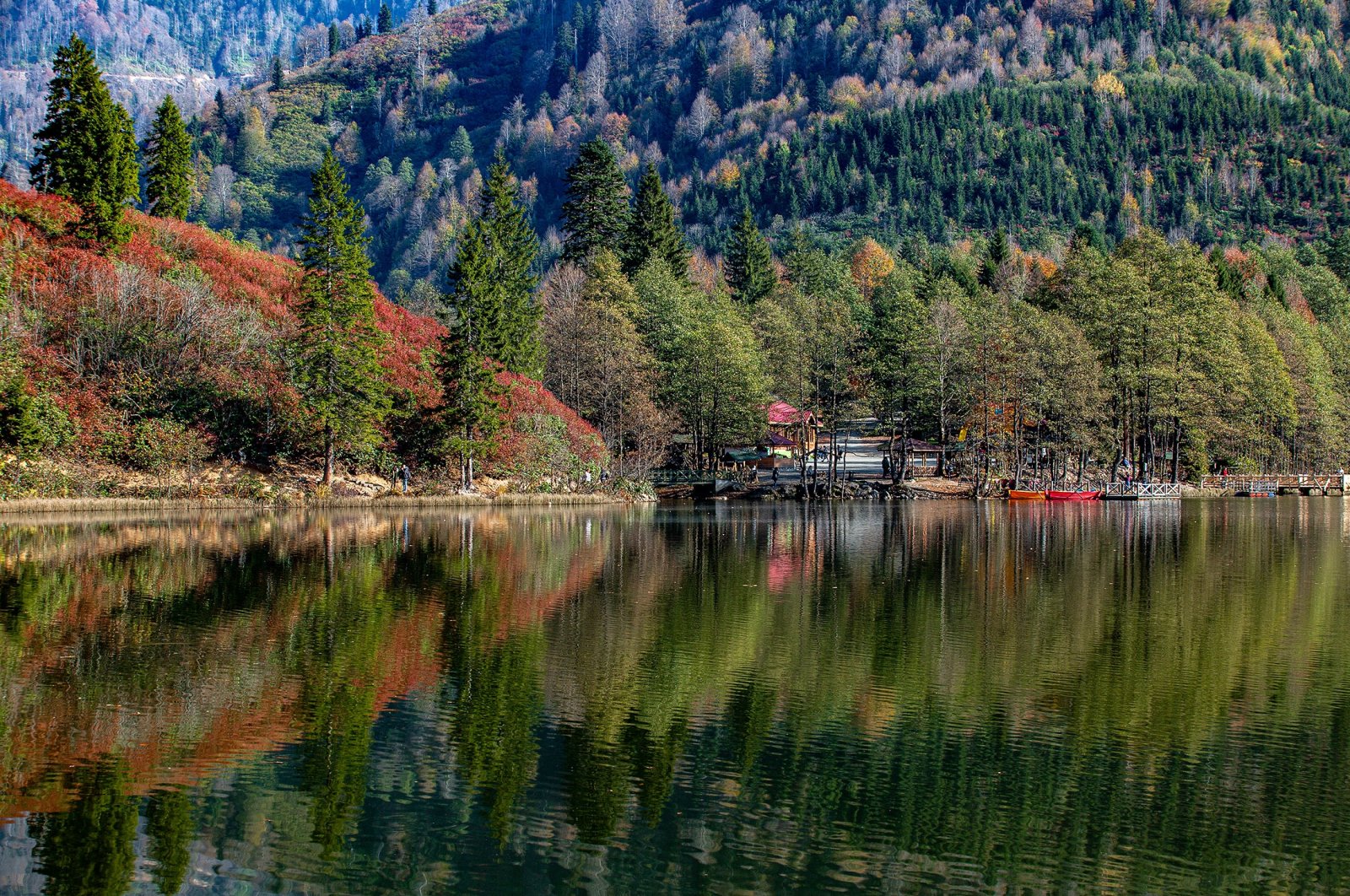 A place where you can touch the clouds: The Artvin province offers visitors a breath of fresh air accompanied with outstanding nature and history

When planning a trip to Turkey, most people concentrate on the long-loved southern parts of the country, the spectacular Aegean and Mediterranean coasts with their beautiful beaches, canyons and historical sites.

Without a doubt, everyone should visit those places at least once in their life. However, not everyone knows that Turkey has much to offer to tourists in its north, especially in the Black Sea region that is home to verdant colors and promises to fill your lungs with oxygen, take you away from the rush of the metropolis and introduce you to the heart of nature.

One of the jewels of the Black Sea region is the Artvin province. Famous for its tall mountains, crater lakes, emerald green forests, waterfalls and wildlife, Artvin has been a destination for true adventurers and nature lovers. This dreamlike land mesmerizes its visitors with its mountains, reaching as high as 4,000 meters (13,000 feet), and rock formations cut by one of the longest-running rivers in Turkey.

Surrounded by steep valleys carved by the Çoruh River, the high mountains of Kaçkar, Karçal and Yalnızçam, and forests and national parks such as the Karagöl-Sahara, which contains the Şavşat and Borçka lakes, Artvin is an alternative tourism destination for those who like to get lost in beautiful nature.

As it is situated on the border of Georgia in Turkey's northeast, driving to Artvin could be a little challenging as, for example, from Istanbul it would take nearly 20 hours, and maybe more with intercity coaches. The best option would be to fly to Trabzon or Batumi airports and then rent a car when you arrive.

Artvin is known for a few things – its people, nature and, of course, food. The Caucasian and the Black Sea cultures are dominant in the region. Arvin is home to the Laz people as well as the Kipchaks and Muslim Georgians who migrated to the city when the northern borders were drawn following the Turkish War of Independence. This mix of so many cultures has naturally prompted a rich culinary tradition in the region and so here is advice number one: try to taste as many traditional dishes as you can.

However, Artvin's main tourist attraction is unquestionably its nature. Since nature is a great part of the province, both geographically and culturally, alternative tourism opportunities such as camping, skiing, jeep safaris, rafting and canoeing are popular.

There are various trekking routes visitors can explore to discover the area. One of the highest mountains in Turkey, Mount Kaçkar, is probably the most coveted trekking route. Mountaineering groups and mountaineers complete the Trans-Kaçkar route by walking through Yusufeli Yaylalar village to Rize – the Çamlıhemşin Ayder highlands. If that trail is a bit too difficult, you can take various other routes through the Altıparmak Mountains.

Hunting is also allowed during the region's open season. However, visiting hunters are advised to hire a local guide to avoid getting lost in the thick forests of Artvin.

The province is also home to a few national parks, the most famous being Karagöl-Sahara National Park, which came under state protection in 1994. Covering 3,251 hectares (8,033 acres), the national park is composed of two areas. The Karagöl side consists of kale and thick trees and is used as a recreational area by locals. In the Sahara part of the national park, locals continue living the traditional Black Sea highland life.

Artvin is home to three castle ruins. The first is the Şavşat Castle located in the Söğütlü quarter in the city. Built by the Armenian Bagratunis dynasty in the ninth century, the castle was later used by the Ottomans. Today the castle is abandoned, but parts of its towers are still visible.

Also built by the Kingdom of Bagratuni in the 10th century, Artvin Castle is located on a huge rocky outcropping near the Çoruh River.

The third, Ardanuç Castle, is among the most significant ruins in the region. Dating back to the region's ancient civilizations, the castle had been an attraction for centuries due to its unique interior design. Even the Ottoman Sultan Suleiman the Magnificent recorded his interest in this castle.