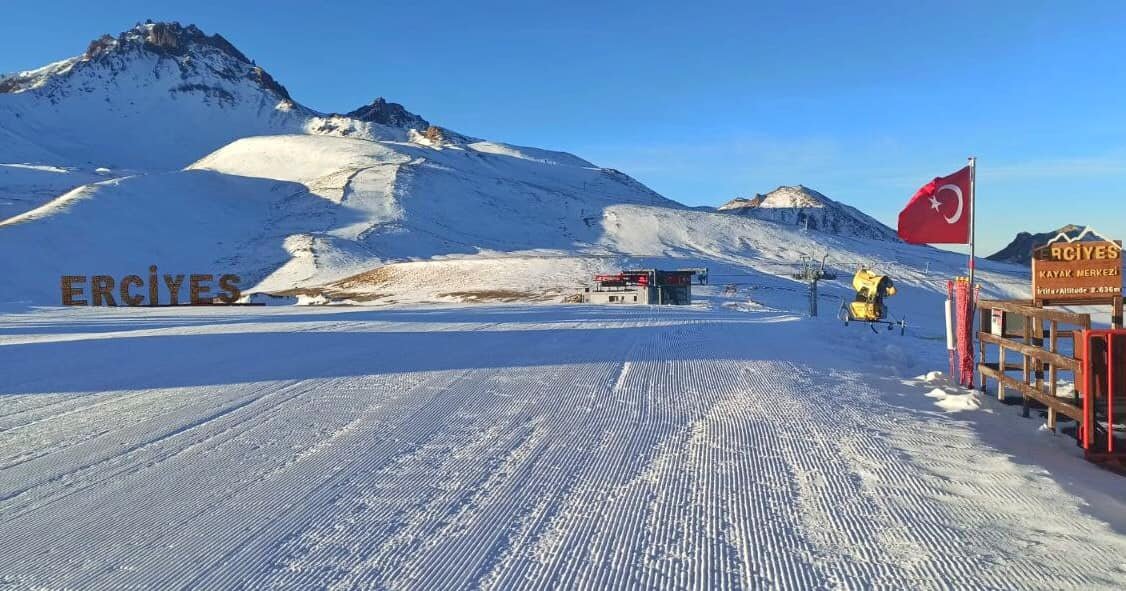 Erciyes Ski Resort has been selected to be included in the European Destinations of Excellence Network (EDEN), Kayseri, Turkey, Jan. 13, 2021. (AA Photo)
by Anadolu Agency Jan 14, 2021 10:41 am
RECOMMENDED

Famous as one of Turkey's and the world's most distinguished ski locations, Erciyes Ski Resort in central Turkey's Kayseri is to be included in the prestigious European Destinations of Excellence Network (EDEN), organized by the European Commission, the executive branch of the European Union.

The resort in Kayseri province was deemed one of the top five destinations among 30 entries from Turkey, according to a statement from the local municipality on Wednesday. The commission will launch extensive efforts to promote the locations inducted into the network throughout Europe.

"The EDEN promotes a new way to travel in Europe, drawing the value and the diversity of emerging European tourist destinations. Visitors will experience the real country and culture as it is lived every day, not cultural shows and tourism experiences that have been specifically developed for visitors," a statement from EDEN's website says.

The ski resort in Erciyes is also one of the semifinalists of the “2021 The Best Ski Resort of the World” competition, organized by the U.K.-based “Go4Ski” website, one of the most esteemed ski-related websites in the world.

The Erciyes Ski Resort was recently certified by Bureau Veritas, a company specialized in testing, inspection and certification, for taking all precautionary measures against the spread of the coronavirus. Erciyes is the first and only ski center so far in the world that has the Safe Ski Resort certification, a statement from the management of the resort said.

Meanwhile, Afyonkarahisar, Ankara, Izmir and Balikesir are the other cities in Turkey to be listed in EDEN.