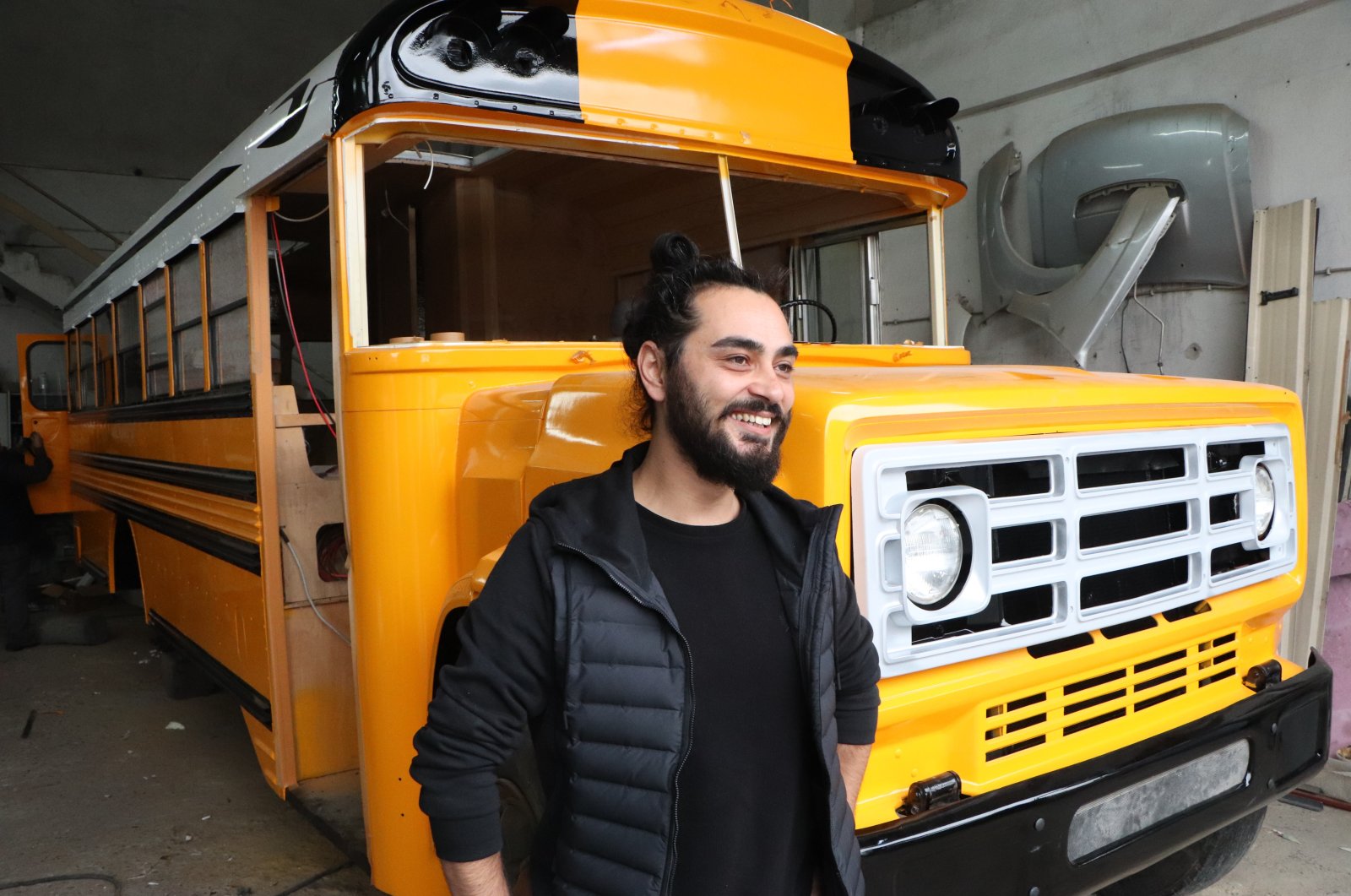 Kadir Mert, a 30-year-old software coder and traveler in Samsun, was so impressed by a movie he watched, he had a United States-style "school bus" rebuilt for himself, costing TL 600,000 ($61,850) in total. Kadir Mert's current dream is to drive all the way to Nepal from Turkey in the school bus.

After buying the bus of his dreams from a secondhand car dealer with the money he saved over 15 years and turning the inside of the bus into a caravan, he plans to travel abroad. Mert, who was influenced by the yellow-colored bus in the movie "Doctor Strange," almost replicated the bus from the movie, spending TL 600,000 on the vehicle. Mert is set to test his bus, which is planned to be completed in January, in Samsun and different cities around Turkey. After testing the vehicle's durability, Mert will set out for his target Nepal.

Mert, providing information on the bus, said: "We all know the school bus from the movies. When I saw it in yellow like this, I said this must be my home. It took about 20 years for this story to happen. I bought this bus in 2021. I brought it to Samsun to have it completely rebuilt. We have been working on it for four months in Samsun.

"When I took the bus to the industrial zone and started visiting the mechanics there, they recognized the bus instantly and were more excited than I was. This excitement made me happy too."

He explained that a lot of people want to take photos of the bus and sometimes get in the way of the work, and added that once the work is finished, the bus will be open to visitors in Samsun.

A different view every day

While expressing that the rebuilding process of the bus was exciting, Mert said: "I bought the vehicle for approximately TL 260,000. I tried to rebuild the engine with a budget of TL 50,000. But, it is very difficult to find the parts and mechanics (who understand the bus) in Turkey. That's why the costs were a bit high for the engine. For the body repair and roof, I spent another TL 50,000."

He explained that he spent another TL 250,000 on the living space, batteries, storage and technology in the bus. He reasons that he would have spent the same amount of money to buy and fully furnish a flat. But with a house, "you wake up in the same bed, with the same view every day."

Mert has lived in Nepal before and said the land there makes him as happy as his own village because of the sincerity of the people there.