Why so dramatic? How 7 Spanish coasts got their names 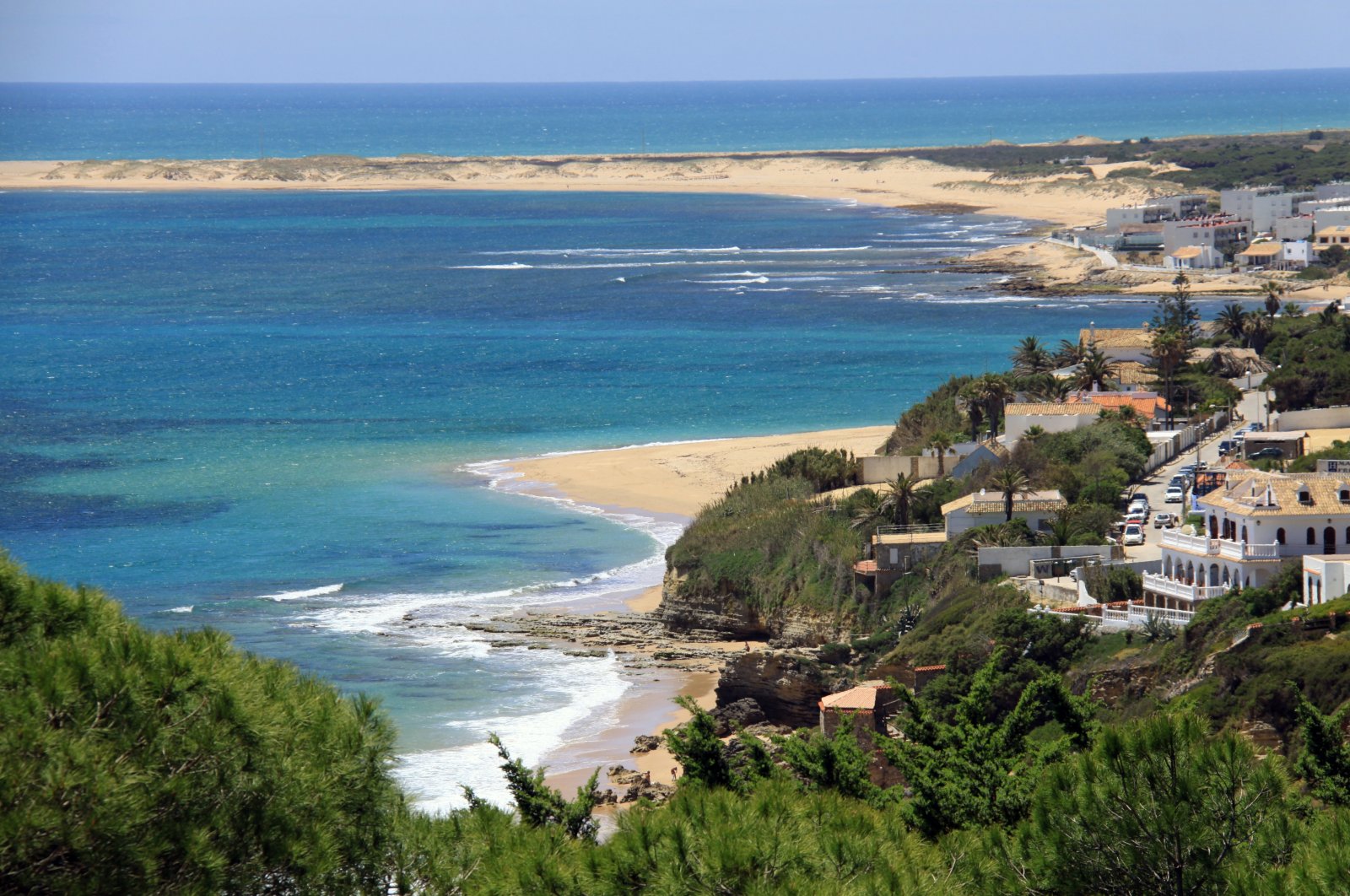 The beach at Canos de Meca along the Costa de la Luz makes it clear why even Spaniards enjoy vacationing in this area. (dpa Photo)
by German Press Agency - DPA Nov 14, 2021 10:11 am

With Spain's beautiful coastline drawing millions of tourists every year, the interesting names of the coasts often inspire curiosity. Let's explore what some of them mean

One thing Spain does not lack is coastline: The mainland alone has more than 4,000 kilometers (2,480 miles) of it. Many of these sandy stretches feature dramatic names that tourists can't help but be drawn to – here's a selection of some of the best ones:

Galicia, in the far northwestern corner of Spain, is characterized by the raw power of the Atlantic Ocean, which washes up along the flat, forested rocky coast. Between the Rias Baixas, right above Portugal, and the Rias Altas – both part of a series of estuaries – spreads the fabled Costa da Morte, or the "Coast of Death."

The area earned its eerie name due to the countless shipwrecks that occurred there in the 18th and 19th centuries. The British, who saw many merchant ships capsize here, first put the name on an English nautical chart in 1907. As late as 2002, the Prestige oil tanker also became a victim of the coast, triggering a devastating oil spill.

Lush green on the north coast

Galicia's neighbors on the northern coast were less creative in picking a name for their coastal sections: Asturias tried to distinguish itself from the arid Mediterranean region in its marketing starting in 1969 and chose to go with "Green Coast."

However, the reason for all the green on Costa Verde is also the reason tourists don't always love to come: Lots and lots of rain. But those who aren't afraid to get wet are rewarded with beautiful sandy beaches nestled in a picture-perfect landscape of rolling hills.

The highlight in Costa Verde is its geysers, found between Llanes and Pendueles, which inevitably bring to mind the landscape of Iceland.

Many young tourists know Costa Brava primarily for Lloret de Mar, a big party town. However, artists, poets and writers such as Marc Chagall, Picasso and Salvador Dali have also been drawn to the wildly romantic coast. The name of the coast comes from writer Ferran Agullo, who was from the area. He first described the nearly 200-kilometer-long stretch of coast north of Barcelona as "Costa Brava" in the magazine La Veu de Catalunya in 1908, and it's stuck: Since 1965, it's been used as an official designation and brand.

Spain's Costa Dorada, or "Golden Coast," spreads out south of Barcelona. The golden sands of its long beaches are the source of the name, which was first used by a tour operator in a brochure in 1958.

The coastal city of Tarragona attracts visitors with its Roman city walls and amphitheaters. To the south is the Ebro Delta nature and bird sanctuary, but it's really the Port Aventura and Ferrari Land theme parks that visitors seem most interested in going to.

The marketing people in Valencia had it easy with the Costa del Azahar, or "Orange Blossom Coast": The mountainous hinterland of the coastal section between Valencia and Denia is Spain's main producer of oranges. Besides the coastal metropolis of Valencia, the village of Peniscola, with its medieval fortress, is also a tourist magnet.

It's not clear where the name Costa Blanca, or "White Coast," comes from, but it's obviously not due to the color of the beaches. There are, however, snow-white houses to be found in many of the villages.

Another theory is that British Airways invented the slogan in 1957 to sell flights to Benidorm. Even then, huge hotels sprang up between Denia and Alicante to house the droves of tourists who are drawn to the grandiose, long beaches, which are unsurprisingly very crowded.

The 'Coast of Light' is a paradise for windsports

Between Gibraltar and the border with Portugal, Anadalusia's Atlantic coast has just as much sun as the Costa del Sol on the Mediterranean.

But because the name was already taken, this section instead decided to go with Costa de la Luz. It can brag that it has one of the longest, most beautiful and most unspoiled sandy beaches in Spain.

The area surrounding Tarifa is a world-famous destination for windsports, as the wind is always whipping through the Strait of Gibraltar, and Morocco only feels like a hop, skip and a jump away.