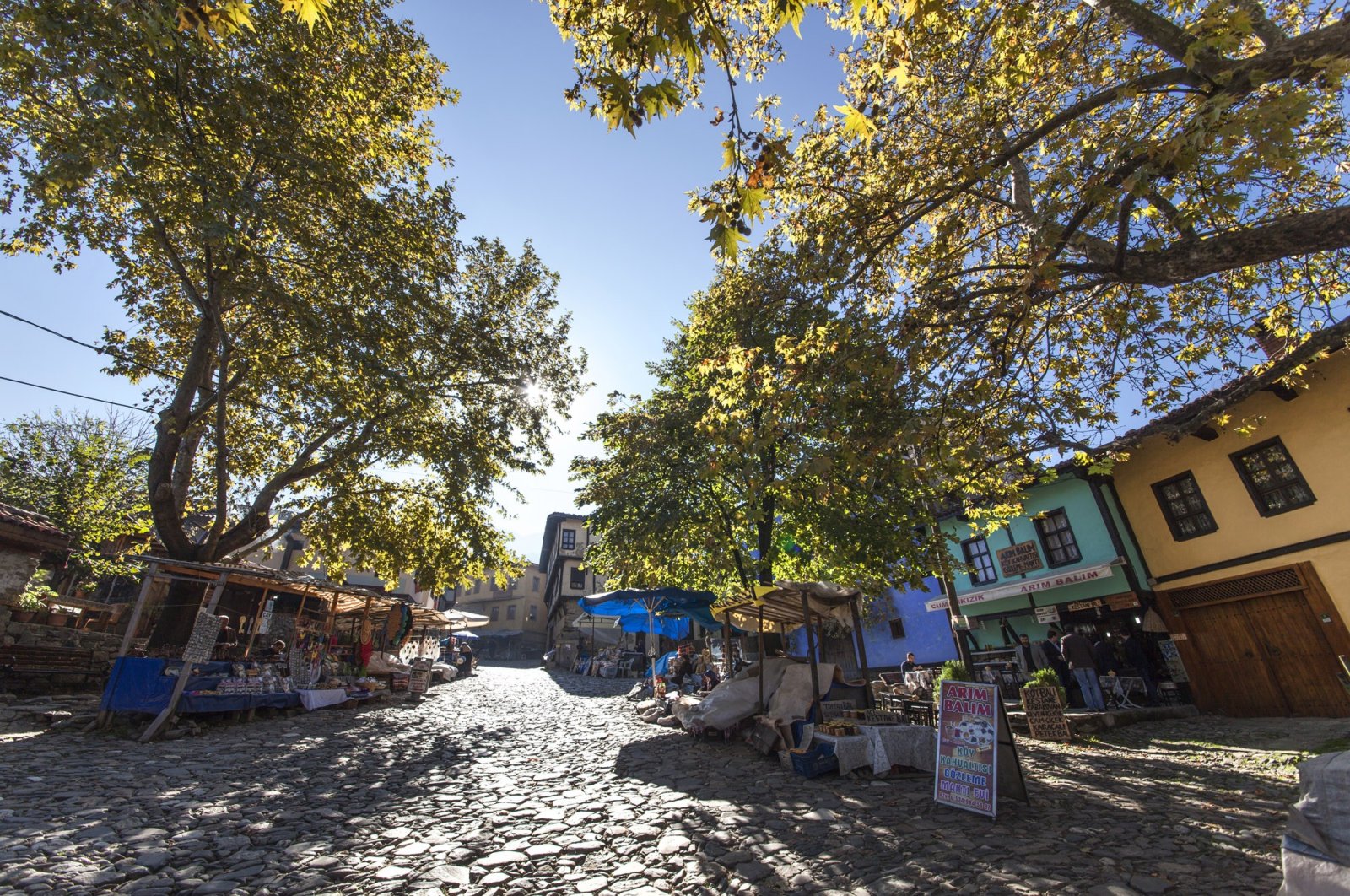 Founded in 1299, in the northwestern Anatolian town of Söğüt – part of Turkey's Bilecik province, the Ottoman Empire spread across three continents during its 700-year history. The empire, which would eventually become one of the biggest in the history of mankind, was founded by a tribe in that small village. Within 100 years, the Ottomans had become a world power, not in a tiny town, but in Bursa’s Cumalıkızık. Welcome to the first capital city of the Ottoman Empire.

Cumalıkızık is located in the foothills of Uludağ Mountain, just 10 kilometers (6.2 miles) from Bursa's city center. After the conquest of the city, the Ottomans made it their capital, establishing their culture, arts and lifestyle around Bursa. Even after the capital of the empire moved to Edirne and then to Istanbul, the people of Bursa, especially those in Cumalıkızık, preserved the town and culture that had been cultivated by the founders themselves.

When stepping into Cumalıkızık, visitors might feel a sense of mysticism in the layered historical surroundings. Home to the tombs of Osman, the founder of the Ottoman empire, and his son Orhan, its second leader, the town was developed around respect and admiration for these historical icons. In fact, Cumalıkızık was the first place the empire used its revolutionary administrative structure that still influences governance procedures all the way into the 21st century.

Cumalıkızık's narrow streets seem to be frozen in time, and it is impossible not to be fascinated by the history that seems to permeate everywhere. The houses that line its cobbled and winding roads are some of the best examples of Ottoman civic architecture. Mosques built in the 14th century were the first contributions of the empire to Islamic art and architecture. Best of all, there are no motorized vehicles allowed in the old town, which helps preserve the true essence of the Ottoman Empire.

Walking among the colorful old houses and visiting the shops that still illustrate Ottoman-era workmanship, there remains a feeling of the Ahi Brotherhood, an Ottoman organization of craftsmen. Restaurants in Cumalıkızık have menus filled with the old recipes that were once served in the Ottoman court. Despite the pace of the modern world, Cumalıkızık has managed to stay tucked in a time capsule. While almost all of the Ottoman cities and towns, including Istanbul, have lost or altered their identities, this little northwestern gem remains a window opening up to 700 years of history. UNESCO recognized its value, naming Cumalıkızık a World Heritage Site in 2014.

As with many small towns in Anatolia, the people are the best part of Cumalıkızık. Locals are happiest when they see a guest from out of town, and they do everything in their power to make that person comfortable and feel at home. Even without a map, one can get around. The locals are pleased to explain all the places that must be seen before leaving town.

Definitely, the first place to visit are the tombs of Osman and Orhan Ghazi, the first rulers of the Ottoman Empire. They are located side by side on the top of a hill near Tophane Park. The tombs were erected following an earthquake that leveled Bursa in 1855. While the construction of their present form required complete removal of the original buildings, the tombs are known to have been, essentially, a centuries-old utilization of one, or one of several, very ancient Byzantine structures dating to the period prior to the conquest of Bursa. It remains humbling to pay respect to these great leaders.

Külliyes, which are religious buildings, are abundant in the town. The külliyes consist of mosques, madrasahs (schools), hamams (public baths), soup kitchens and tombs and were historically the biggest social institutions for the municipality, not only in Cumalıkızık, but in every Ottoman town and city. The best one to see is the Yıldırım Külliye, which was commissioned by Beyazıd I in the late 14th century. It contains a mosque, a madrasa, a soup kitchen, a barn, a kitchen, a public bath and a tomb, which had been added later. What is really fascinating about this place, however, is the hospital, which is believed to be the first public hospital in the Ottoman Empire.

A visit must also be made to Hüdavendigar Külliye, which was commissioned by Murat I, the son of Orhan Ghazi, in 1360. It consists of a dervish lodge as well as a mausoleum, soup kitchen, public bath and a madrasah. Although every part of this külliye is a mystical place, the dervish lodge is the most remarkable as it combines two building types on two floors. It takes the form of a two-story cube with a rectangular block protruding from its south side.

In addition, the Yeşil Külliye of Mehmet I, built in 1424, is another place that should be checked out, as part of it has been transformed into the Turkish-Islamic Arts Museum.

Nature lovers will also be happy to know that Cumalıkızık also offers some greenery. As it is located on the outskirts of Uludağ Mountain, the town and its surroundings feature wonderful trekking paths, featuring ancient trees hundreds of years old. Finally, there is the mind-blowing scenery of Bursa, which is known for its natural beauty.