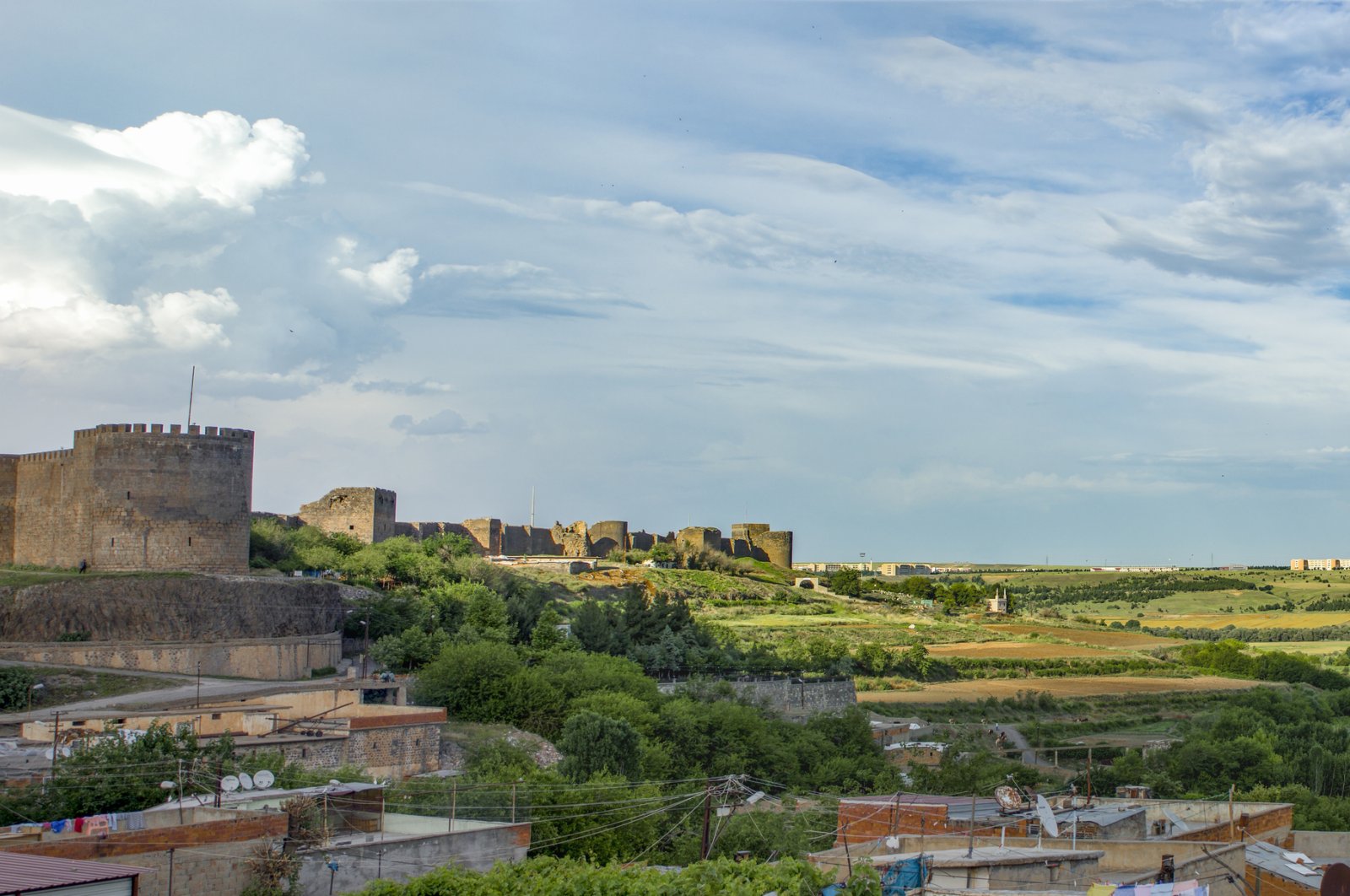 Caution! You may run into charming storks: Türkiye's Stork Village

Diyarbakır offers culture with every step. From ancient, architectural marvels and spicy, flavorful dishes to its famed exquisite gold and silver filigree work, the city is a treasure trove of history, a haven of natural beauty and a rising center of gastronomy. The city's grandiose walls lend it a medieval air, while its gardens offer visitors a serene oasis, which is all the testimony it needs to become a site worthy of humanity's protection. UNESCO clearly agreed. The cultural landscape was declared a World Cultural Heritage site on July 14, 2015, in Germany's Bonn.

History etched in stone
Nestled on the banks of the Tigris river, the city saw the rise and fall of many civilizations – from Ancient Greeks, Romans and the Byzantines to the Sassanids and the Ottomans.

More commonly known as Amida and Amed in ancient times, the city enjoyed a lot of attention as a crossroad for trade routes, connecting the mountainous north with the plains of Mesopotamia.

Built on fertile lands over 9,000 years ago, the city was once home to a fiery, rumbling volcano that would often spew burning lava and destroy everything in its path. However, these furious eruptions left behind the igneous basalt, which became the building blocks of the city. The buildings and the ancient walls in the area owe their resilience to this stone, which gives the city its characteristic look.

Embracing the city with a 5.8-kilometer (3.6-mile) black basalt circle of protection, the walls are the largest and tallest in the world and the second-longest after the Great Wall of China. They have managed to stand the test of time, for the most part, minus some damage, repairs and additions. It is said that when you look at the walls from above, the shape of the castle and the walls encircling the city resemble a turbot. The walls of the castle open to the outside world in all four directions: Dağkapı in the north (opening up to Harpoot), Urfakapı in the west, Mardinkapı in the south (best gate to reach Hevsel Gardens via car) and Yenikapı (the Water Gate) in the east.

Standing almighty at a height of 8 meters (26 feet), the walls rise and dip throughout its enclosure, with 82 tall towers on the lookout for enemies and gates that once decided on the fate of friends or foes. Upon a closer look, it is easy to spot all the inscriptions on the walls, a hallmark of all the different lives that once called it their home. From double-headed eagles and sphinxes to crucifixes and lions, many animal and plant embossments adorn the gates and walls.

There are several impressive legends about how some of the towers were built.

According to one myth, the Artuqid ruler of the region commanded that two tall towers be built to the west of the city walls. A competition was held and a master-builder and his apprentice rose to this arduous challenge. The foreman undertook the construction of the Yedi Kardeş (Seven Siblings) Tower to show off his mastery one last time. His apprentice went on to build the Evli Beden Tower and created a structure so majestic that he would be able to beat his master. When both towers were finished, the ruler declared the apprentice the winner, which saddened the foreman so much that he jumped to his death from the top of the tower he built. After seeing his master's demise, the apprentice, too, took a plunge to his death. After this sorrowful incident, the region, including the two towers, came to be known as “Ben-u Sen,” meaning “Me and You.”

Inside those dark, intimidating walls lies a city full of soul and character, a crowded city bustling with people as warm as the summers in the southeast, with houses large and small welcoming every guest with open arms. If you ask a local where the closest hotel is, you are more likely to be taken in as if you were a member of the family, showing you the true meaning of hospitality. The people of Diyarbakır are also said to have so much respect for the elderly that there are no nursing homes operating in the city. Its people have a supply of never-ending energy and live for social gatherings with vivacious music – no wonder people from Diyarbakır make great halaybaşıs (the first/leading dancer of the region’s traditional folk dance).

The city’s fabric is multinational and multicultural. It is a fusion of Turks, Kurds, Armenians, Assyrians, Jews and Arabs, who have lived together for millennia. Despite constantly changing hands throughout history because of its strategic position, the city now enjoys lasting peace, harmony and vibrant traditions.

Beyond the eastern walls of the city lies a lush, green paradise.

From the Mardin Gate to the shores of Tigris river, the verdant fields that are the Hevsel Gardens salute residents and visitors alike. Spanning 700 hectares (2.7 square miles), the 7,000-year-old gardens have served as the “green link” between the fortified city and the Tigris since ancient times, earning itself the nickname of Diyarbakır's grain barn. Nowadays, the fertile land feeds the city with all the colorful fruits and vegetables it bears.

Often compared to the heavenly Garden of Eden, Hevsel Gardens were kept open "for the benefit of the public instead of being allocated to the palace, the noble and aristocracy.”

If you ever find yourself looking up at the skies, you might be surprised with a flock of birds, migrating between Africa, Europe and Asia to warmer homes as the seasons change. Housing more than 180 bird species, it's possible to spot many pink-breasted warblers, nightingales, wrens and night herons in the area. The city itself is the most important resting area in the region for birds during migration seasons.

Caution! You may run into charming storks: Türkiye's Stork Village