World heritage in Turkey: Safranbolu, a charming Ottoman town and home of the precious saffron flower 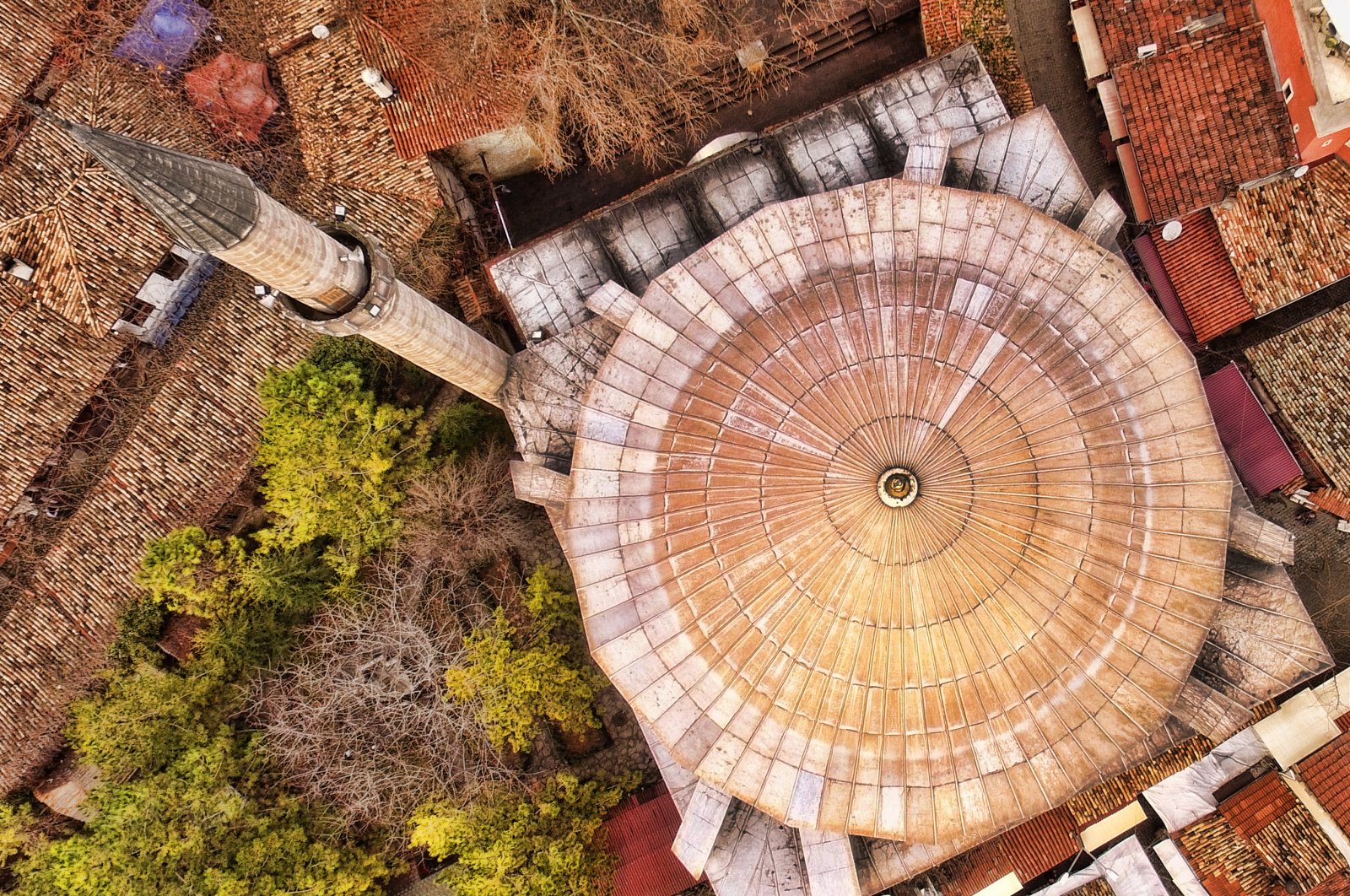 A town that shines with its urban layout and aesthetic elements from Ottoman times, Safranbolu is more of a museum-city, with its cobblestone streets, hill houses and natural beauty evidence of its worthiness of being declared a cultural asset

Anyone else missing weekend getaways? Because I sure do.

Especially now that the days are longer, the weather is milder and sunny skies just fill you with a sense of adventure, setting off to somewhere new and close-by would have been perfect for this three-day weekend. (Cue: disappointed sighs)

Right in the heart of Karabük, in Anatolia's evergreen Black Sea region, the town of Safranbolu would have been a great option.

Famed for its unique and well-preserved houses, Safranbolu has been deemed one of the 20 best-preserved towns in the world and hailed as an "outdoor museum" and "self-protected city."

After almost two decades of being declared an urban site, on Dec. 17, 1994, UNESCO decided to add the town to its list of World Heritage sites, permanently etching its place in history. Together with Istanbul, it became one of the first places in Turkey to be included in the world heritage list on a city level.

The city managed to preserve its cultural heritage to such an extent that it still reflects the traditional daily and social life of Turks to this day. The Beypazar, Traklı and Odunpazarı areas in the town are particularly perfect examples that reflect the architecture of classic Ottoman cities. There are about 2,000 traditional homes in the city, 800 of which are officially protected by the government. The Kaymakamlar Evi (Governor's House) is one of the finest examples.

The houses are located in two separate areas: The first of which is called the The City or the Winter Houses' District, and the other which is Vines, or in other words, the Summer Houses' District. A classic Safranbolu home is three-stories with six to eight rooms. Each room is large and acts as an independent unit, enough to accommodate a family on its own. With wooden carpentry work on their ceilings and ottomans and shelves spread throughout, Safranbolu houses also have a neat feature. Inside a seemingly innocent cupboard, you may find a concealed washstand for some much-needed privacy.

The most interesting aspect of the houses is that they are built on slopes conducive to the terrain, which means that neighboring homes do not block the views of each other – talk about clever thinking!

While in Safranbolu, you'll have an array of interest-looking and celebrated buildings to visit, other than houses. From the Cinci Inn and its Turkish bath (hamam) from the 17th century to several historic mosques named after important statesmen as well as the İncekaya Aqueduct, a watchtower, historical fountains and guilds, you'll be spoilt for choice. The most iconic of them all is a trio built in the 13th century: the Old Mosque, the Old Bath and the Süleyman Pasha School (madrasah). Thanks to several influential political figures such as Kazasker Cinci Hoca and Grand Viziers İzzet Mehmet and Köprülü Mehmet Paşa and their close relations with the imperial Ottoman Palace, the city bears many marks of the Ottoman era

Safranbolu witnessed firsthand the economic and cultural rise of the Ottoman Empire during the 18th and 19th centuries.

Unlike ancient cities of the past, Safranbolu is, unfortunately, situated in a deep canyon unsuitable for agriculture. But it thrived thanks to being on a well-trodden path. It was located right on the caravan route between Istanbul and Sinop, connecting the East to the West and travelers seeking good accommodation along the way would always stop by this charming little town.

Long before the Ottomans declared Safranbolu a part of their lands, the town was a part of the Paphlagonia region and called Dadybra. The town changed names and hands so many times – the Lydians, Persians, Helenians, Romans and the Byzantines all called it their home, even if for very brief periods. In the 12th and 13th centuries, the Turkish Beylik the Danishmends took control of it, after which the Seljuks and the Candaroğulları (Isfendiyarids) took turns, the former calling the town Zalifre. At the turn of the 19th century, the town became a regional hub. After being named Borglu, which would later become Zafranbolu under Ottoman rule, the town officially came to be known as Safranbolu in 1940.

What else to do

- Take a stroll in saffron fields

If you had thought that saffron flowers were yellow, you’ll be shocked and pleasantly surprised when you are greeted by a sea of purple.

If you visit the fields around October or November, which is harvest time, you can join in on the action. But you’ll need to be very delicate and give utmost care as the flowers can easily get damaged – it could be the most expensive mistake of your life as a kilogram of the spice sells for TL 30,000 to TL 70,000 ($4,265 to $9,950).

Nicknamed the "miracle plant," saffron is used in dyeing, as a spice in food and as an ingredient in cosmetics and in the pharmaceutical industry. Oh, and did you know the city itself was named after this beautiful flower that only grows in this region? Also, make sure you try some Safrantat, a delicious saffron-flavored Turkish delight.

While you are at it, why not visit and take a walk on the vertigo-inducing, manmade wonder that is a glass terrace overlooking İncekaya Canyon? Standing at a dizzying 80-meter (262-foot) height, you'll get an astonishing view of the city. You have two options once you step foot on that glass platform.

The mean option: Point and laugh at your family or friends who won’t be able to stand up out of fear that they may fall through. Document it to use as leverage later.

The kind option: Go near the edge with them, hold their hand and take pictures to keep that memory forever.

The terrace, which was inspired by a similar structure in Arizona and constructed in 2012, is the first of its kind in Turkey.

- Turn your world upside down

There is also an upside-down version of the famed Safranbolu houses in the city center. With beds, kitchen furniture, cupboards, a refrigerator and even a toilet all located on the ceiling, the topsy turvy mansion attracts a lot of attention and photo ops.