TRT World Forum 2021: 'Content made in Turkey spread to the world' 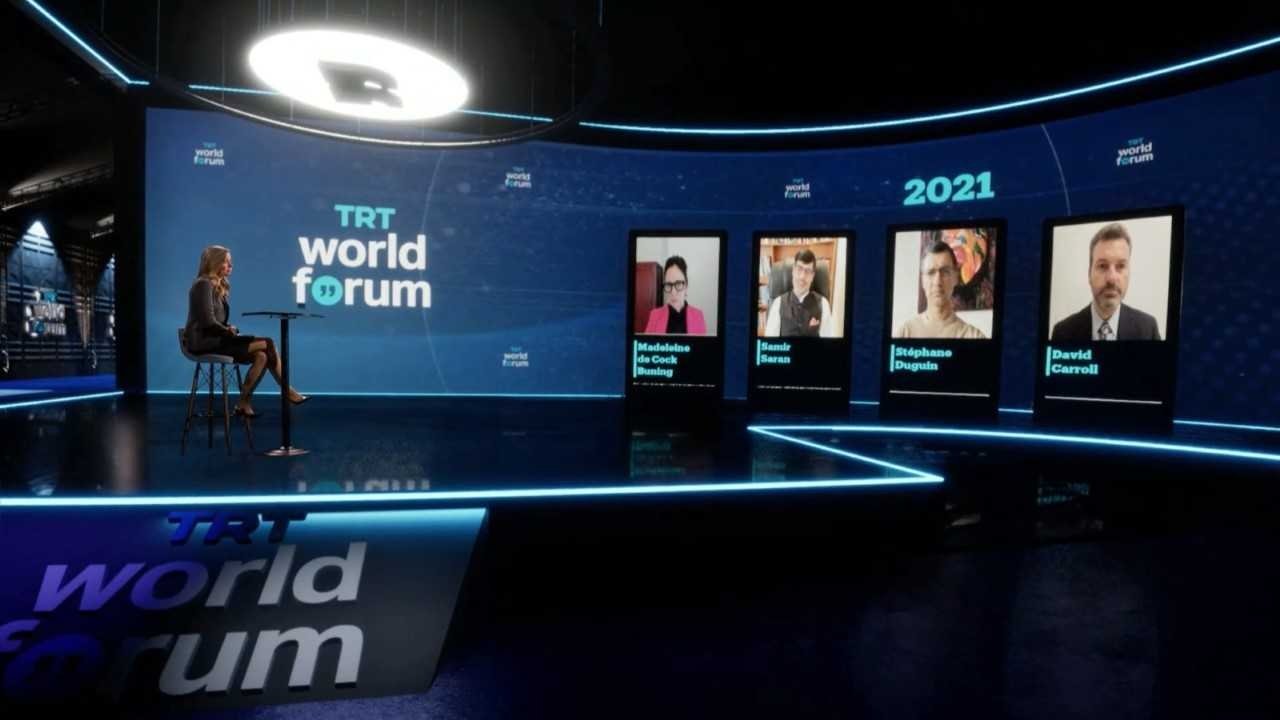 The TRT World Forum remains on the agenda with remarkable sessions. The agenda of 'Digital Governance: Policymaking and Statecraft in the Digital Age' session focused on disinformation surrounding developing technology as well as data protection and its effect on governance. Public Policy EMEA Vice President of Netflix Madeleine de Cock Buning stated: 'Content made in Turkey has spread all around the world'

All about the şalvar: Turkey's 'forbidden' trouser

The session, which included the experts Samir Saran, the president of the Observer Research Foundation, Madeleine de Cock Buning, the public policy EMEA vice president of Netflix, Stephane Duguin, the CEO of CyberPeace, and David Carroll, an associate professor at the Media Design of Parsons School of Design, was moderated by TRT World presenter Andrea Sanke.

Madeleine de Cock Buning, the public policy EMEA vice president of Netflix, stated that digital platforms are now available worldwide with the increase of media literacy and gave Turkey as an example, stating that: “Consumers can choose what they want to watch from any device they want. Turkey is a great example of that, content made in Turkey spread to the world.” De Cock Buning, who described disinformation as a worldwide problem, underlined that legislation could stay behind technological developments and added: “Technology and legal regulations should proceed simultaneously.”

'Leaked information a result of desire for power'

David Carroll, an associate professor at the Media Design of Parsons School of Design, reiterated that one of the most popular social media platforms leaked information and stated: “Employees have more power in pointing out the problems than governments. According to leaked documents, there is the desire for quantity and power rather than quality.”

Stephane Duguin, CEO of CyberPeace, highlighted that there is accountability in the cyber world and added: “Cybersecurity now protects people, victims and societies rather than systems and materiality.”

'Disinformation is a crime'

Samir Saran, the president of the Observer Research Foundation, mentioned the negative effects of information pollution on users. Saran, who underlined that cybercrimes and cyber danger distanced people from the main problem, said: “This is a crime. We have to reconsider the definitions and not use the word ‘cyber’ before these concepts. There are subjective norms and cannot be removed from life.”

All about the şalvar: Turkey's 'forbidden' trouser