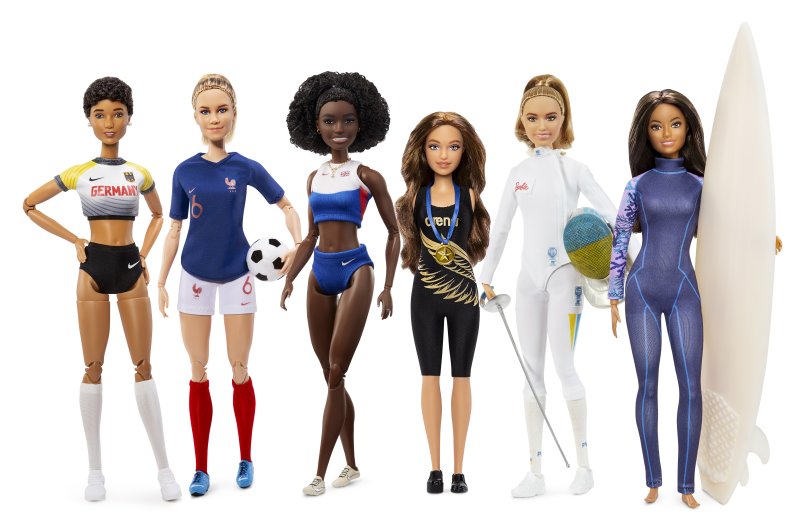 “I may not have arms but I have wings no one else sees.” These are the words of 17-year-old world paralympic swimming champion Sümeyye Boyacı, the kind of inspirational figure you would want your kids to look up to.

Mattel seems to think so as well, picking Boyacı as one of its "sheros" for young girls in this year’s line of Barbie dolls in honor of International Women’s Day on March 8.

Modeled after Boyacı, the doll is one of the many created as part of Barbie’s pledge to spotlight female role models in sports.

Specializing in sprinting events, Boyacı competes in many swimming styles such as freestyle, backstroke and butterfly in the S5 handicapped category. Born with no arms and a hip dislocation as a birth defect, she learned how to paint with her feet at the age of 4 and started writing in first grade. After carefully watching the fish in her aquarium, she saw that they, too, were swimming without arms and thus embarked on her career as an athlete.

Turkish champion windsurfer Çağla Kubat and Turkish actress Gülse Birsel have also had a Barbie made in their likeness, as part of Barbie's “Role Model” project dedicated to honoring role models of the past and future.

Launched in 2018, the campaign aims to inspire future generations of women to push their limits, break out of the traditional roles assigned to them by society and reach their true potential.

Since 2015, Mattel has been trying to pursue a more inclusive approach, spreading messages of diversity by reflecting different body types, skin tones and hairstyles, as well as permanent disabilities and medical conditions like vitiligo, instead of its pink-obsessed, unrealistically disproportional classic dolls.