What are you looking at! The secret world of feline stares 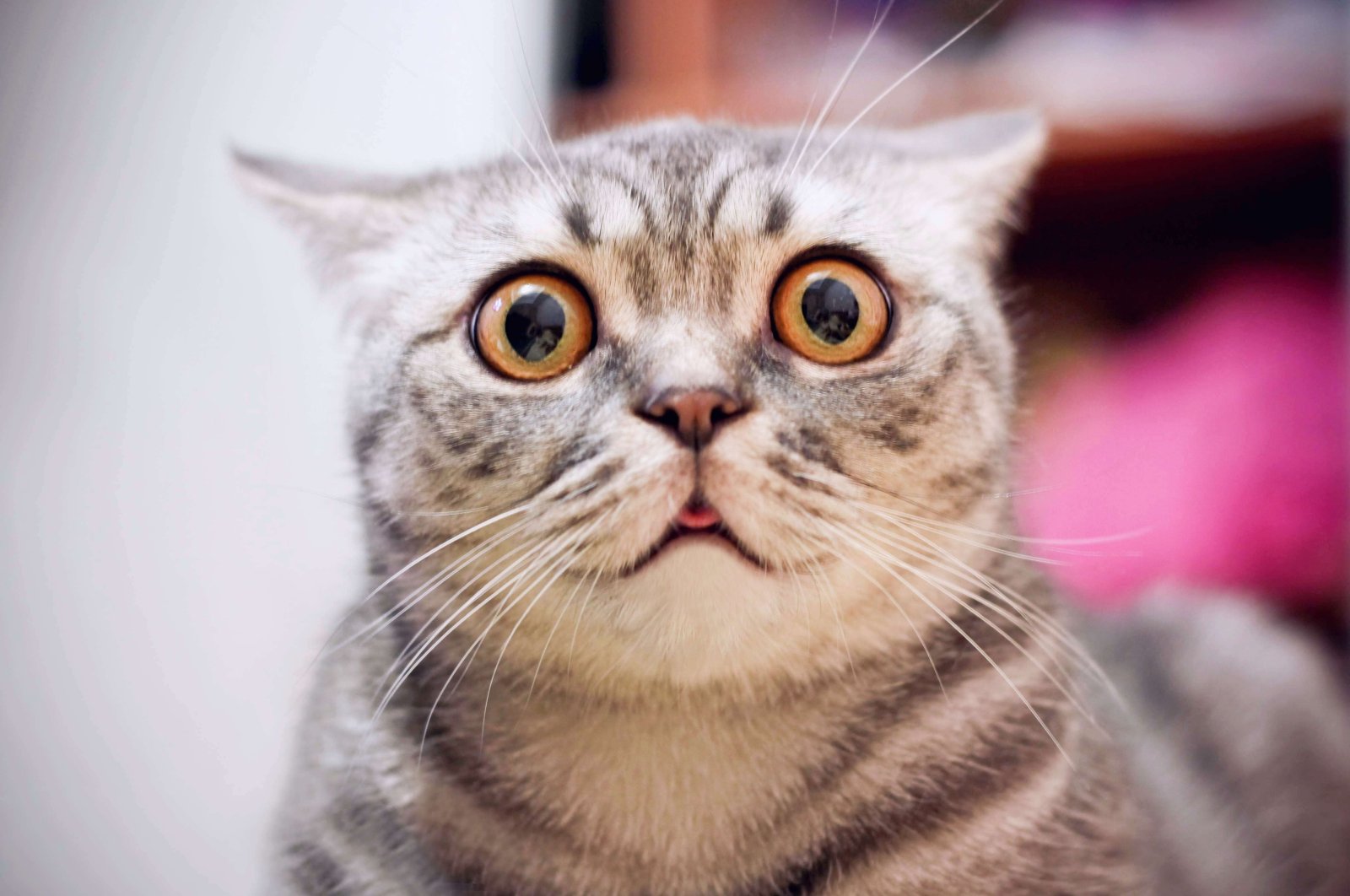 Anyone who lives with a cat knows exactly what it's like to be on the receiving end of one of those piercing stares out of the blue.

Does the cat want something to eat? Or does it just want to let me know it loves me? Many owners find it difficult to know what their pet is trying to say, no matter how long they've lived with them.

According to Hester Pommerening of the German Animal Welfare Association in Bonn, this is because there are usually multiple possible interpretations.

"Staring must always be seen in the context of the rest of the body," he explains. Is the cat sitting or standing upright? Is the tail moving? What are the ears doing? Is the cat meowing? All these indicators can be used to get an insight into the animal's state of mind and gives clues about its ultimate intentions.

Pet trainer Michaela Asmuss from the German town of Bad Homburg asserts that "staring is considered rude and threatening among cats," but from their interaction with humans, they have learned that it can nevertheless lead to good things, namely food and attention, which is why some cats look at their owners intently to remind them of feeding time.

This usually begins with the animal being reserved and remaining aloof, sitting quietly and doing nothing more than staring from a distance.

If the human, who is somewhat obtuse from the cat's point of view, does not react, a "meow" may follow, after which the cat will often follow the owner around, getting under their feet or rubbing itself against their human's legs if they're sitting still.

When the food supplier finally stirs, the cat will often try to direct them toward the kitchen. "Cats have an inner clock that rarely lets them down," said Asmuss.

Not all answers can be found in the fridge

Cats can learn this behavior through a misunderstanding: they stare at their human for a potential variety of reasons, but the human nearly always assumes the animal is hungry and then goes to the fridge. As a result, the cunning kitty begins to stare more often.

This is also true when the human is eating and the cat wants something. Some communicate this very clearly by repeatedly looking back and forth from the human to the plate. Others leave it at looking at the human, with their tail pointing upward and swishing. The combination of staring and purring is also popular with some cats in this situation.

When they want attention, cats routinely stare at their humans. "For example, when you are sitting at the computer, engrossed in a book or asleep. Some cats are masters at staring their owners awake," said Asmuss. In this case, the cat sits or lies completely relaxed, its ears attentively directed forward. Some cats also meow or raise a paw to signal their desire for contact. If the human responds, the cat purrs.

The beauty of staring is that it can also be a sign of affection and sometimes even love. The clue to look out for when trying to discern affection is blinking, as this is how cats express their fondness for others. "Blink back," advises the cat expert.

Staring can also be witnessed whenever a cat is hunting. As cats rarely need to blink compared to humans, they can keep a close eye on their prey, launching into an attack at just the right moment.

Pommerening said that "new cats entering an established cat's territory, for example, are also stared at threateningly. If neither cat ultimately looks away, it comes to a fight."

Cats should generally not stare back

Cats often stare intently in an attempt to perceive their potential enemy's intentions and to decide whether they should attack or retreat in any given situation.

A cat feeling threatened will generally cower in a corner or against a wall, their pupils large, their ears turned out to hear as much as possible, their tail wrapped around them as if it were an extra layer of protection. If you approach a cat in this situation, it may hiss, which should be taken very seriously as a warning.

In these situations, Michaela Asmuss recommends attempting to reassure and calm the cat by blinking, then looking away and slowly moving away from the animal, speaking in a low, calm voice.

"Blinking and turning away always show that you mean well," she concludes. Finally, Asmuss said she doesn't recommend returning a cat's stare, no matter how long they may have been staring at you, simply because, even though they do it very happily themselves, cats feel deep down that staring is rude.