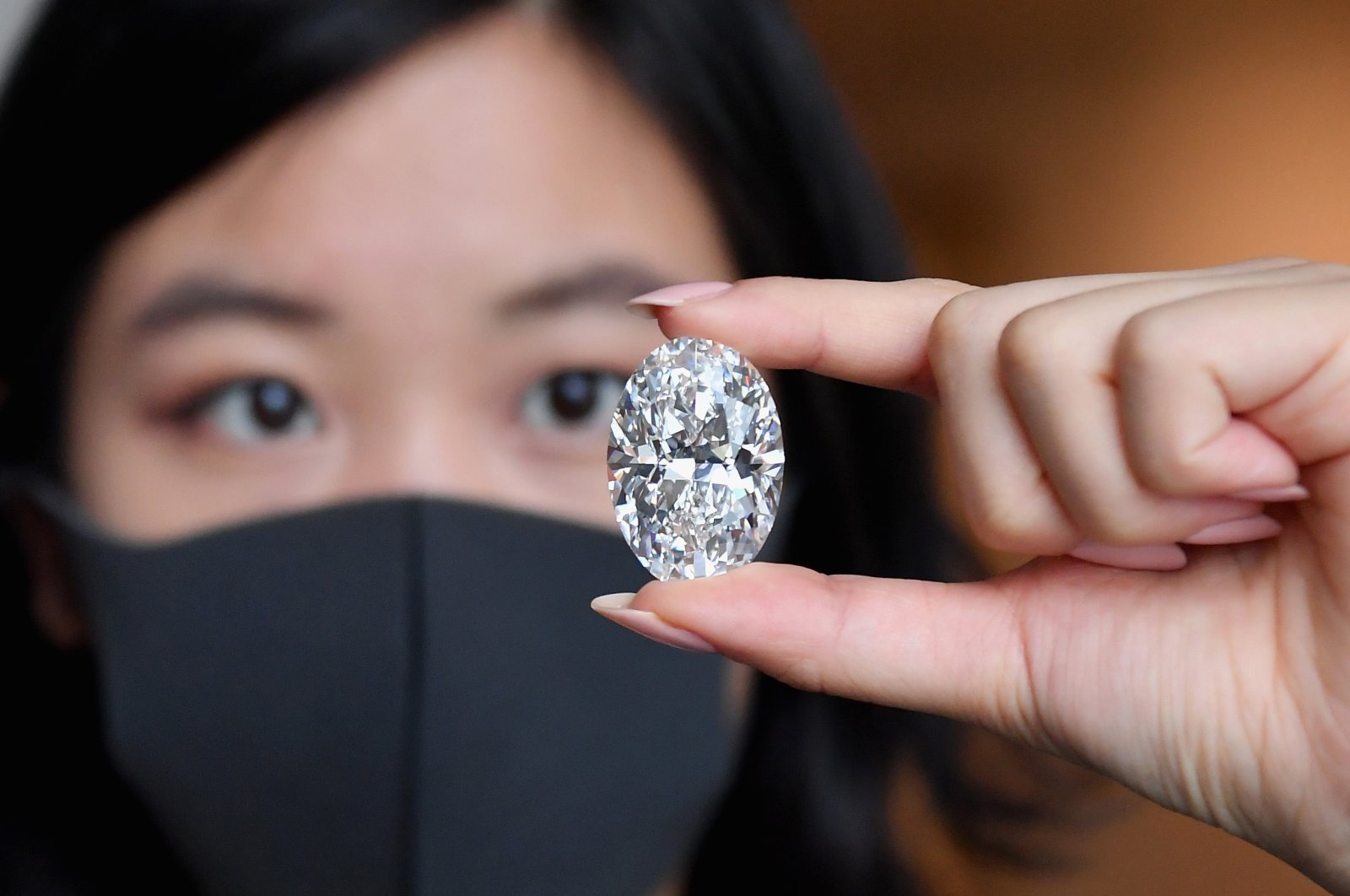 A flawless 102-carat oval diamond will head to auction on Oct. 5 in Hong Kong at Sotheby's.

The auction house has not given an official price estimate for the egg-shaped stone of exactly 102.39 carats, which has the highest color grade, D, for a white diamond and is rated Type IIA for its chemical purity and exceptional transparency.

Quig Bruning, Sotheby's New York head of jewelry, said the house is "letting the market decide what the value of this diamond is."

"Historically, diamonds of this caliber and this size have sold anywhere from about $11 million up to $33 million," he told Agence France-Presse (AFP).

"We're offering without reserve and without estimate," he said, meaning the highest bid will be the winning bid with no minimum price.

Only seven other white diamonds of more than 100 carats – a carat's mass is equal to 0.2 grams – and similar quality have appeared at auction, five of them with Sotheby's.

In November 2017, the largest diamond ever presented at auction, with more than 163.41 carats, sold in Geneva for more than $33.8 million, fees and commissions included – a global record in this category.

But it's not a record overall for a diamond: In April 2017, the giant "Pink Star" pink diamond sold for $71.2 million at a Sotheby's auction in Hong Kong.

"Diamonds, like anything else, aren't immune to market fluctuations," Bruning said. "That said, what we've seen in the past six months is a real demand for jewelry and for gemstones."

He said "the market, maybe a little counterintuitively, has been very robust in the past six months," saying perhaps people are seeking "additional places in which to place their funds."

The diamond will be offered in a stand-alone, single lot live auction in Hong Kong, which collectors will be able to attend in person.

The gem was cut from a 271-carat rough stone discovered in Ontario's Victor Mine, in Canada, where production ceased last year.