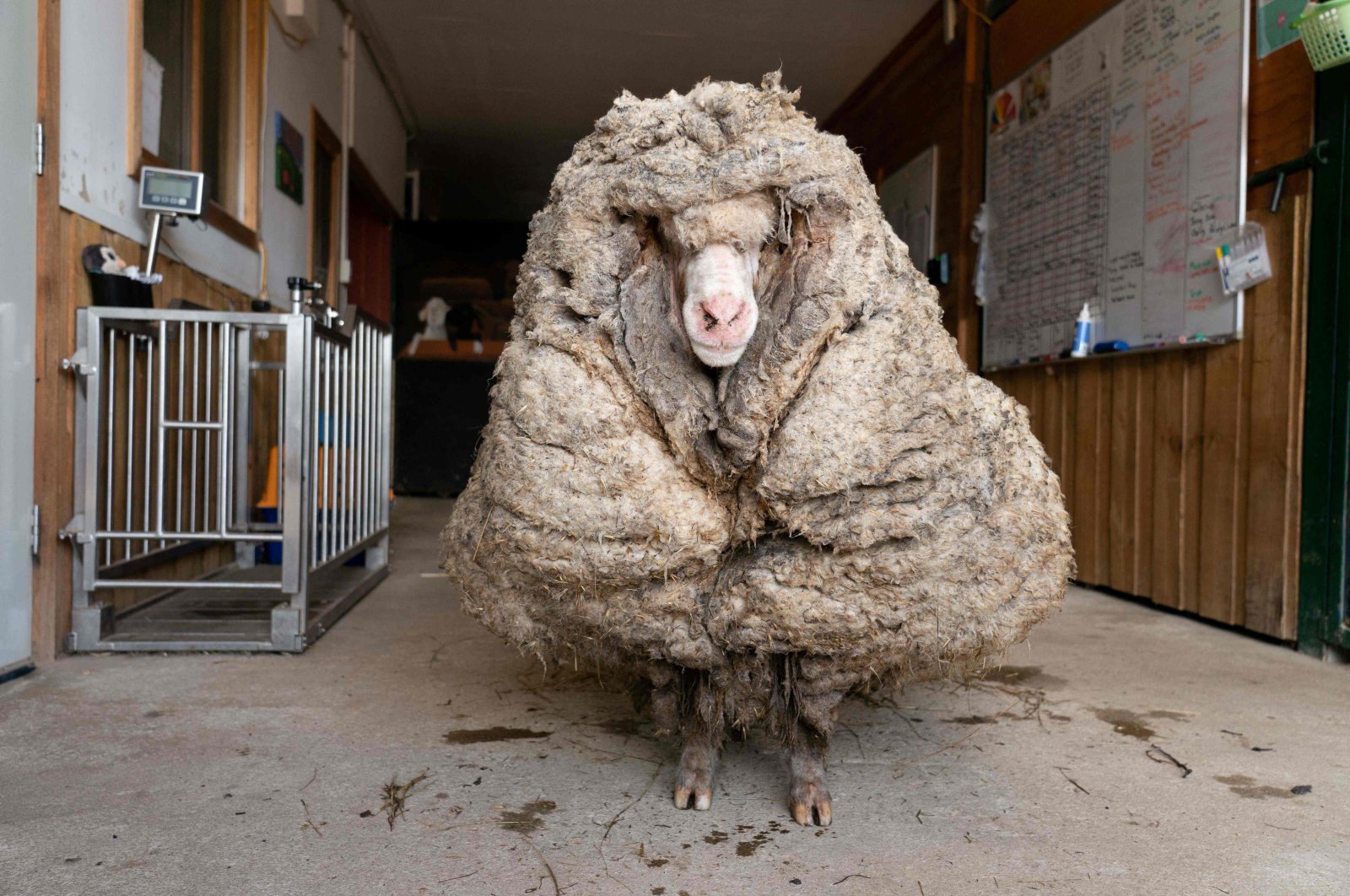 A wild and ailing sheep found in a forest in Australia, named Baarack by rescuers, has been sheared of a huge 35-kilogram (77-pound) coat, nearly half the weight of an adult kangaroo, after an estimated five years of unchecked growth.

Struggling under a filthy fleece caked with years of mud and tangled debris, Baarack was found by a member of the public who contacted the Edgar's Mission Farm Sanctuary near Lancefield, Victoria, about 60 kilometers (37 miles) north of Melbourne.

"I couldn't believe there was actually a sheep alive under all of that wool," Pam Ahern, founder of Edgar's Mission Farm Sanctuary, told Nine News. "I think he has been a cheeky little rascal of a young lamb who's just wandered off and never came back," she said according to Agence France-Presse (AFP).

"It would appear Baarack was once an owned sheep," Mission's Kyle Behrend told Reuters and added, "he had at one time been ear-tagged, however these appear to have been torn out by the thick matted fleece around his face."

"Sheep need to be shorn at least annually otherwise the fleece continues to grow and grow, as happened here," said Behrend. After his much-needed shearing, Behrend said Baarack's fleece weighed in at 35.4 kilograms (78 pounds).

"Whilst his hooves were in great condition from running over the rocks in the forest, he was in a bit of a bad way. He was underweight, and due to all of the wool around his face he could barely see."

Unshorn sheep struggle to walk under the immense weight of their wool, and without a haircut at least once a year most will not last long in the wild, particularly in Australia's often harsh and dry summers, according to AFP.

Despite Baarack's hefty locks, he falls short of the world record held by a late compatriot, Chris, who made headlines when he was shorn of a 41-kilogram mane in 2015. Average weight of wool given by a sheep during seasonal shearing is around 4 kg.

Baarack's transformation from hulking mass to fresh-faced has nevertheless given him a new fleece of life, with his overhaul racking up millions of views on the social media platform TikTok.

Baarack is now settling in with other rescued sheep at Edgar's Mission, Behrend said, adding it "all goes to show what incredibly resilient and brave animals sheep really are and we could not love them any more if we tried."