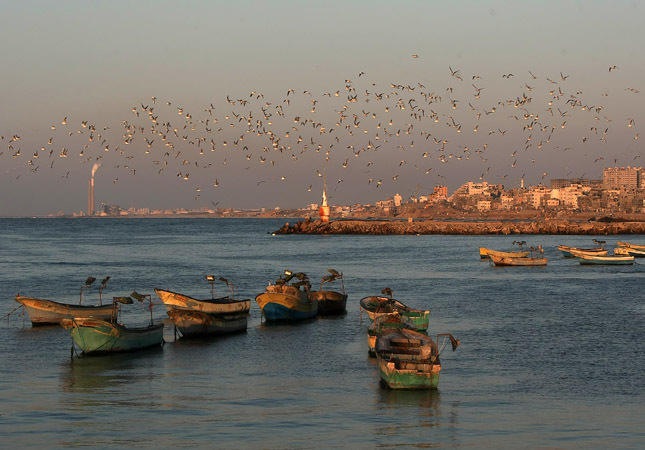 by Feb 26, 2014 12:00 am
A natural gas field has been discovered on the coast of the Gaza Strip, a senior Hamas movement official revealed yesterday. Fishermen in Gaza noticed bubbles coming out from the seawater around 300 meters from the beach last week, said Salem Salama, a member of the economy committee of the Hamas-dominated parliament.

"As soon as gas was discovered, experts and engineers rushed to the scene, checked and found out that it is a field of natural gas," Salama told reporters. The government of the Gaza Strip is discussing how to invite foreign companies to help turn it into a producing field. It was the second gas field discovered along the salient's shores.

The first was found in the mid 1990s. The Gaza Strip suffers from a severe shortage of energy, mainly fuel for engines and cooking gas.