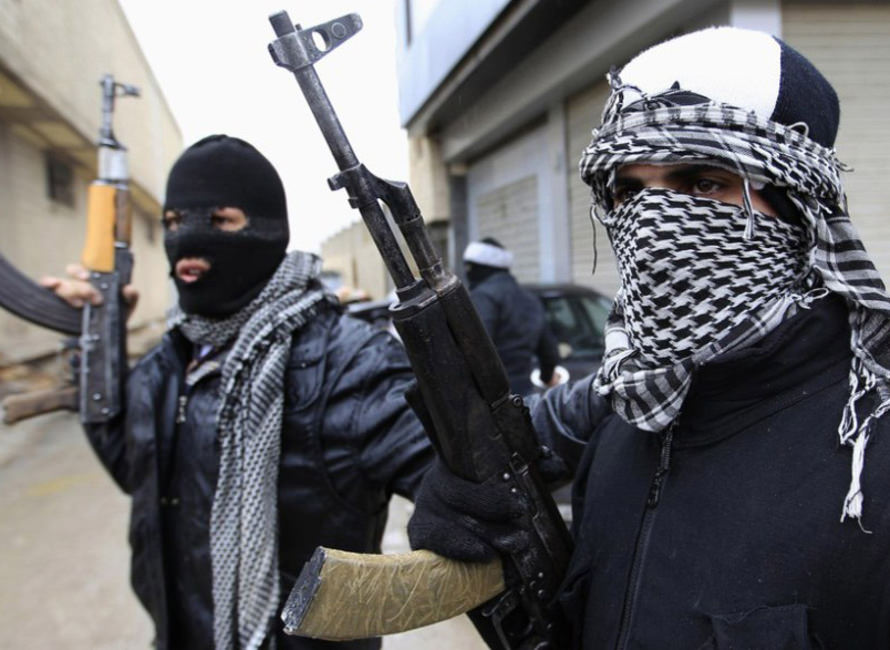 by Feb 26, 2014 12:00 am
The head of al-Qaeda's wing in Syria rival Islamist militants five days to accept mediation to end their infighting or face a war which "will terminate them," according to an audio recording posted yesterday.

Abu Mohammed al-Golani, leader of the Nusra Front, called on the Islamic State in Iraq and the Levant (ISIL) to agree to arbitration by religious scholars to end more than a year of feuding which turned violent in some areas in Syria. Heavy clashes between the two groups and other Islamist fighters in rebel-held northern and eastern Syria led to hundreds of deaths and have undermined the wider military campaign against President Bashar al-Assad's forces. "We will wait for five days from the date of this recording for your formal reply," Golani said in the audio tape, released on an Islamist website.

"By God, if you reject God's ruling again and do not put an end to your plague against the umma (Muslim nation), then the Umma will launch an assault against this ignorant ideology and will terminate it, even from Iraq," he said. The fighting broke out at the start of the year when several rebel groups launched what appeared to be coordinated attacks on ISIL fighters, who alienated many Syrians in the areas under their control. Golani's Nusra Front, which has sworn allegiance to al-Qaeda leader Ayman al- Zawahri, had until then avoided openly confronting ISIL, with which it shares a radical jihadi ideology, despite deep rivalry and tensions between the two groups. Al-Qaeda dissociated itself from ISIL. In his statement, Golani differentiated between ISIL and the Western-backed rebel Supreme Military Command and the opposition National Coalition, both of which he described as infidel groups.