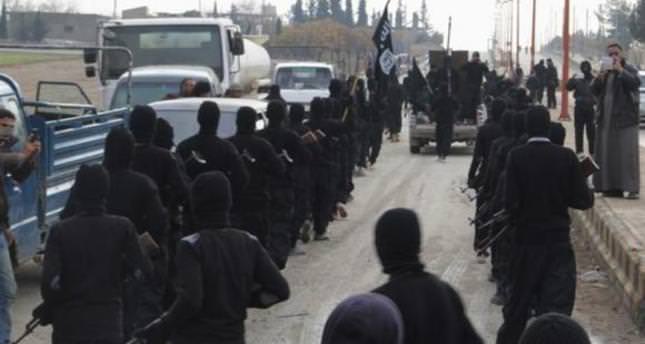 The Islamic State of Iraq and the Levant (ISIL), which has been cooperating with the al-Assad regime and attacking Syrian opposition groups, was forced to withdraw from Azaz, a city on the country's border with Turkey.

The Islamic State of Iraq and the Levant (ISIL) withdrew from an opposition-held Syrian town near the border with Turkey on Friday.

The ISIL left Azaz and moved toward Raqqa, Jarabulus and the Al-Bab region of Aleppo, said Ahmad Mohamed Ali, a media official for the Syrian Local Coordination Committee (LCC).

Ali said ISIL set fire to seven helicopters at the airport and carried tanks and trucks at the airport to Jarabulus. ISIL also took medical equipment from all hospitals in Azaz to Raqqa and destroyed or carried all the materials which could be used by the Free Syrian Army (FSA), he added.

ISIL is active in Syria's eastern and northern regions and is fighting against both the FSA and the Syrian regime forces in a bid to establish their own sovereign state.

The FSA is the main Western-backed opposition group, along with the Nusra Front and the Syrian Islamic Front. The three groups initiated wide-ranging operations against the ISIL toward the end of 2013.

Meanwhile, the Britain-based Syrian Observatory for Human Rights, which reported the withdrawal, says 3,300 people were killed since the start of the year in fighting between opposition factions trying to overthrow Syrian President Bashar Assad.
Last Update: Mar 01, 2014 10:59 am
RELATED TOPICS