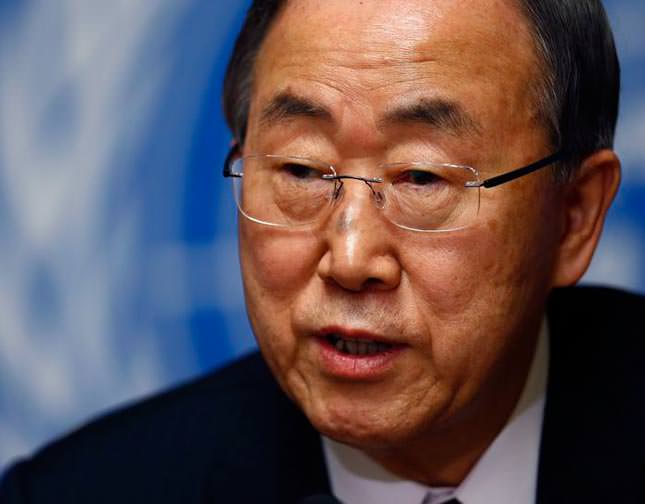 U.N. Secretary-General Ban Ki-moon, speaking at the Human Rights Council in Geneva, calls on all member states to take action to stop the civil war in Syria, accusing warring sides in the country of atrocities

Damascus (AA) - UN Secretary-General Ban Ki-moon has urged member states to take action on Syria, saying that "States that are members of both the Human Rights Council and the Security Council have a special duty to end this bloody war."

He also stated that all parties in Syria have committed violations of human rights of unimaginable scope and character, and warned violators that "those committing such acts are on notice. This council and the world are watching."

In his opening speech of the 25th regular session of the Human Rights Council, Ban did not touch on the developments in Ukraine, but did welcome a report on promoting accountability in Sri Lanka filed by the U.N. High Commissioner for Human Rights, Navi Pillay.

In her report, released on February 24th, High Commissioner Navi Pillay lambasted the Sri Lankan authorities for violating human rights during the last phase of the civil war waged against Tamil Tiger militants and called for an international inquiry into the allegations.

The 25th regular session of the Human Rights Council will last until March 28 and will include presentations by the independent commissions of inquiry on the Democratic People's Republic of Korea and on Syria, as well as discussions on human rights, the death penalty, genocide, and the promotion and protection of civil society space.