Cultural heritage could be Syria's next casualty 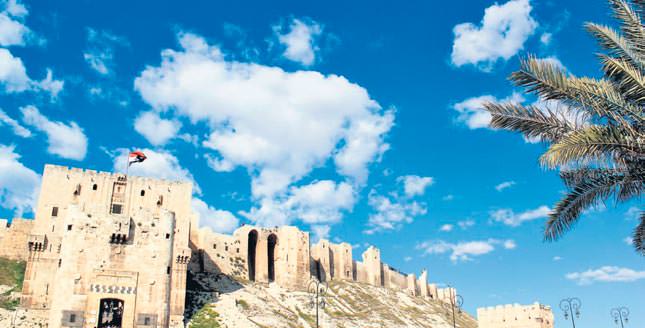 With six UNESCO World Heritage sites, Syria's ancient wonders, 1,000-year-old monuments and rich culture are at risk of becoming a thing of the past

Since March 2011, the Syrian civil war has grabbed headlines all over the world with the never-ending loss of human lives; recent estimates place the death-toll at 140,000. Yet, the irreversible damage caused to cultural monuments and historical sites is another growing concern that should not be overlooked.

The once-magnificent city of Palmyra, the majestic Crac des Chevaliers castle and the breathtaking old cities of Damascus and Aleppo are just a few of Syria's treasures, some dating back to the time of Jesus. Along with the six sites listed by the United Nations Educational, Scientific and Cultural Organization (UNESCO), Syria has twelve more sites on UNESCO's tentative list for world heritage status.

The sites tell the 5,000-year-old tale of architecture, religion and human achievement, but sadly now also tell a more sorrowful story.
Since the beginning of the war, many archeologists have announced the magnitude of the destruction; almost all historical monuments face the risk of looting, damage and sabotage. Given Syria's cultural and historical importance in both regional and world history, the deep concern expressed by archeologists and historians is not irrelevant. Syria was crucial in the development of the Iron Age, and ruins show Greek, Roman and Ottoman influence. It was also the center of Aramaic culture; with the small village of Malola near Damascus claiming to be the only remaining town to still speak the true language of Jesus Christ. Amongst numerous others, the old city of Damascus is on the list of damaged historical sites.

The old city is listed as one of the oldest inhabited cities in the world. Now with the whole site under full opposition control, walls that have until now stood the test of time are spray painted with political graffiti.

An air raid on the famous Krak des Chevaliers castle, another UNESCO World Heritage Site, damaged a tower of one of the world's best-preserved Crusader castles. A video emerged in 2013 showing heavy damage to the castle from government air strikes; a large hole in the ceiling and a room filled with stone rubble could be seen. The castle is located within the borders of Homs, the city that has witnessed the most severe clashes.

Krak des Chevaliers castles towers above the surrounding countryside and has a well-known history of holding off a siege by the Muslim warrior Salahudin about 900 years ago. It was also praised centuries later for its beautiful architecture by Lawrence of Arabia.

Aleppo's ancient city has also been caught in the cross fire, with its mosque and citadel having been bombed. Furthermore, armed rebel forces set up bases in the ancient ruins; therefore more damage to the once treasured structures is likely.

Along with historical monuments destroyed amidst the clashes, some sites have been targeted deliberately. According to the Daraa Archaeological Directorate, since the beginning of the conflict in Syria more than 100 registered acts of destruction and secret excavations have taken place in ancient city ruins and in and around historical monuments. Due to a lack of authoritative power in the country, illegal excavations and looting are hard to control. Particularly when carried out by amateurs, excavations with the purpose of smuggling precious historical artifacts cause further damage to the sites, with removed artefacts going unrecorded. Although unconfirmed, numerous reports have emerged showing that there have been truckloads of artifacts and priceless statues shipped across the Lebanese border. Among the missing pieces, an eighth century Aramaic statue stolen from Hama Museum in 2011 is on Interpol's list of most wanted works of art.

There are about 25 cultural heritage museums dispersed throughout Syria, while many artifacts are in museums beyond its borders. Homs museum has reportedly been looted and Roman mosaics were stolen from Apamea. Along with damage from clashes and lootings, army or militia occupation is another factor damaging the ancient sites.

In June 2013, six World Heritage Sites were included on UNESCO's list of endangered sites. "The country is undergoing a very bad conflict that has hit cultural heritage in all its forms at an unprecedented level," Francesco Bandarin, assistant director-general for culture at UNESCO, said last month. He also added that UNESCO has tried to educate combatants in the past and briefed authorities in neighboring countries on issues of protecting heritage sites and preventing cross-border smuggling of artifacts.

Although amateur reporters and activists guided Interpol in its search by compiling a report in 2012 listing artworks that may have been looted, with clashes still ongoing, it will be impossible to document anytime soon the full scale of damage to Syria's cultural heritage. Unless Syrians get past the conflict and rebuild and repair their lives and monuments, the magnificent examples of medieval architecture will vanish into historical oblivion.
RELATED TOPICS