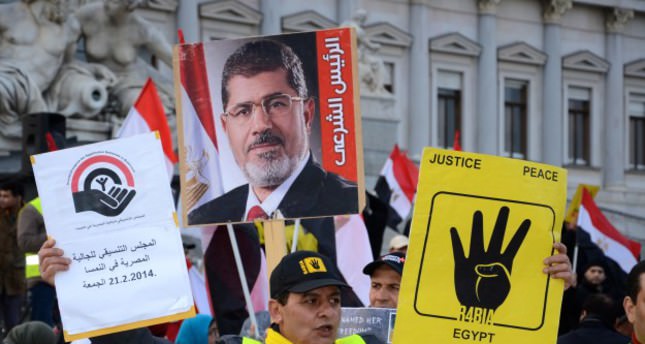 by Anadolu Agency Mar 07, 2014 12:00 am
Cairo - An Egyptian court yesterday postponed trial proceedings for 38 supporters of ousted president Mohamed Morsi charged with committing acts of violence to March 18. Defendants are charged with attempting to bomb two Cairo metro stations, committing acts of vandalism and firing on police and civilians during pro-Morsi protests on October 6 of last year, which marked the 40th anniversary of Egypt's 1973 military victory over Israel. Violence on that day, which is widely seen as a day of national pride for the Egyptian army, left 54 dead and 271 injured. The defendants - who insist the charges against them are politically motivated - are also accused of belonging to a "terrorist group," illegal possession of firearms and resisting authorities.