Iran nuclear deal is no guarantee 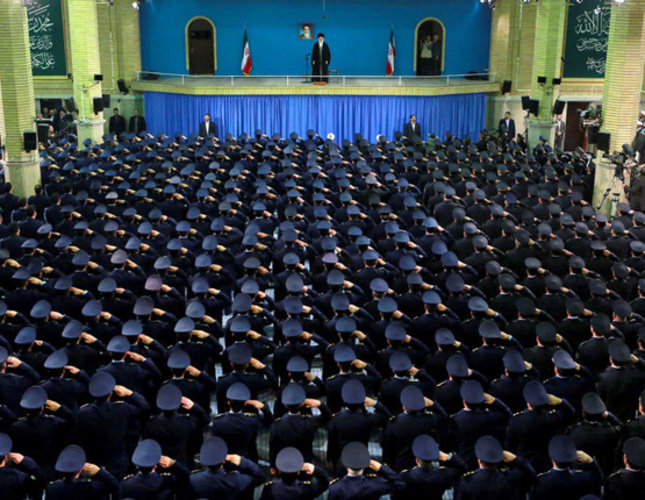 by French Press Agency - AFP Mar 09, 2014 12:00 am
Tehran - EU foreign policy chief Catherine Ashton said Sunday a final accord on Iran's nuclear program cannot be guaranteed, during a landmark visit that underscores a thaw in Tehran's ties with the West.

Ashton is in Tehran on an official visit that comes after Iran signed a preliminary deal in November with world powers under which it agreed to curb its disputed nuclear activities in exchange for sanctions relief.

The breakthrough was made possible after last year's election of Iranian President Hassan Rouhani, viewed as a relative moderate who has the ear of supreme leader Ayatollah Ali Khamenei.

The so-called P5+1 - UN Security Council permanent members Britain, China, France, Russia and the United States plus Germany - hopes to reach final agreement by July 20, when the initial pact is due to expire.

"This interim agreement is really important but not as important as a comprehensive agreement (which is)... difficult, challenging, and there is no guarantee that we will succeed," Ashton told a joint news conference in Tehran with Iranian Foreign Minister Mohammad Javad Zarif.

The trip is the first to Iran by a European Union foreign affairs chief since 2008, thanks to the November deal that has raised hopes for diplomacy to resolve the nuclear issue.

The next high-level talks are scheduled in Vienna on March 17 and will be followed by more rounds until July.

Ashton, who leads the P5+1's engagement with Iran, is also due to meet with Rouhani as well as other senior officials.

Zarif, for his part, said Iran held up its end of the bargain and it was up to the other side to finalise the accord.

"Iran is determined to reach an agreement. We have shown good faith and political will. We have done our part," Zarif said.

Zarif said such an agreement would need to "respect the rights of Iranian people and serve national interest without ambiguities."

The minister expressed confidence that a deal was within reach by July.

Ashton's visit has been billed by one European diplomat in Tehran as a "goodwill gesture from the EU".

But Israeli Prime Minister Benjamin Netanyahu criticised it on Sunday.

"I'd like to ask her if she asked her Iranian hosts about the weapon delivery to the terror groups, and if she didn't ask, why not?" he said in reference to a ship the Israeli military intercepted allegedly transporting arms from Iran to Gaza.

The issue of human rights was also on Ashton's agenda, despite the potential to upset Iranian hardliners, sources said.

Sotoudeh was released from jail along with nearly a dozen other political prisoners last September, part of Rouhani's charm offensive.

The United States, other Western powers and Israel have long suspected Iran of using its civil nuclear energy programme as a cover for developing atomic weapons, a charge denied by Tehran.

However, there are many outstanding sensitive issues including the scope of Iran's enrichment programme, demands that its bunkered Fordo uranium enrichment site be closed along with the Arak heavy-water reactor.

The unfinished Arak reactor is of concern to the West because Tehran could theoretically extract weapons-grade plutonium from its spent fuel if it also builds a reprocessing facility, giving it a second possible route to a nuclear bomb.

Iran refuses to close its nuclear facilities, saying it could take measures to reassure the West about the peaceful nature of the plants.