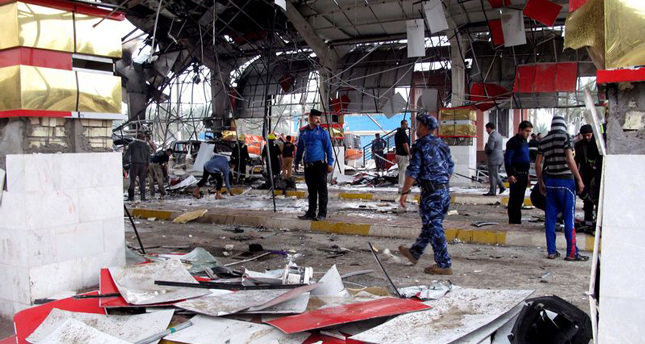 by reuters Mar 10, 2014 12:00 am
Hilla - A suicide bomber driving a minibus packed with explosives killed at least 32 people and wounded 147 yesterday in the southern Iraqi city of Hilla, police and medical sources said. The attacker approached a main checkpoint at a northern entrance to the largely Shi'ite Muslim city and detonated the minibus, a police officer said on condition of anonymity.

At least 50 cars were set ablaze with passengers trapped inside and part of the checkpoint complex was destroyed, the officer said. It was not immediately clear who was behind the attack, but suicide bombings are a trademark of al Qaeda-affiliated groups. Bombings and other attacks killed almost 8,000 civilians in 2013, the worst period for the country
since 2008.