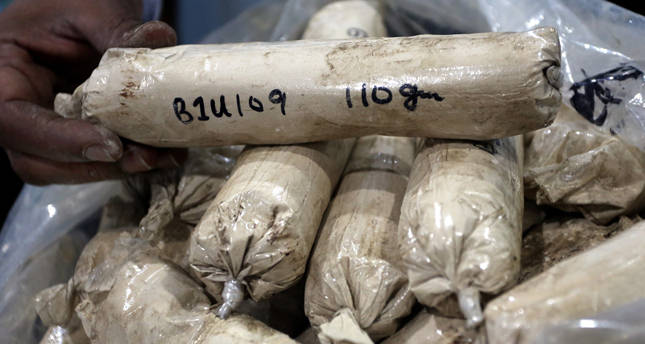 by French Press Agency - AFP Mar 10, 2014 12:00 am
Dubai - An Emirati court has sentenced a Pakistani man to death after convicting him of trafficking four kilograms (8.8 pounds) of heroin in the Gulf country, media reported Monday.

The defendant, identified only by his initials W.A., was arrested in a sting operation when a police officer posed as a client willing to buy the drugs for 100,000 dirhams ($27,000) last May, Gulf News daily reported.

The 30-year-old Pakistani was "found guilty of possessing and trafficking heroin," the Dubai-based paper reported.
It quoted court records as saying that the defendant had smuggled the heroin in bandages he wore on his legs when he arrived in the emirate of Sharjah.

The Sunday ruling by the Dubai court of first instance is subject to appeal within 15 days.
Executions are rare in the United Arab Emirates, where death sentences are typically commuted to life in prison.
Last Update: Mar 10, 2014 10:11 am
RELATED TOPICS