Syria among 'most dangerous places on Earth' for children 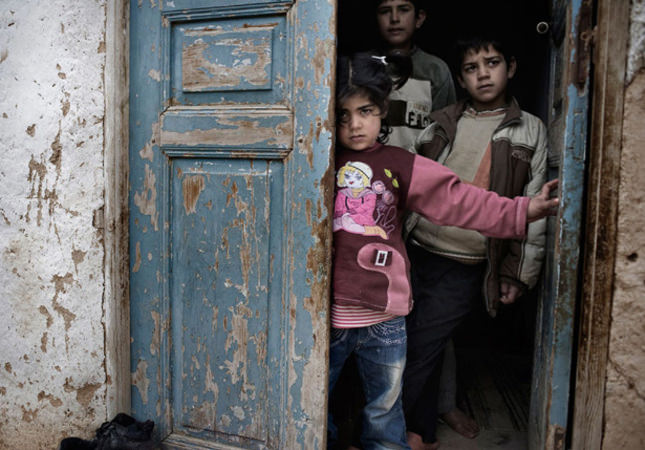 UNICEF has reported that more than 5.5 million children have been affected by the conflict

United Nations - The number of children affected by the civil war in Syria has more than doubled over the past year, with hundreds of thousands of young Syrians trapped in besieged parts of the country, the United Nations Children's Fund said on Monday.

"After three years of conflict and turmoil, Syria is now one of the most dangerous places on earth to be a child," said the UNICEF report. "In their thousands, children have lost lives and limbs, along with virtually every aspect of their childhood."

"They have lost classrooms and teachers, brothers and sisters, friends, caregivers, homes and stability," it said. "Instead of learning and playing, many have been forced into the workplace, are being recruited to fight, or subjected to enforced idleness."

UNICEF said the child casualty rates were the highest recorded in any recent conflict in the region. It cited U.N. figures that at least 10,000 children have been killed in the Syrian war but noted that the real number is probably higher.

The opposition Syrian Observatory for Human Rights has said that more than 136,000 have been killed since a revolt against President Bashar al-Assad began in March 2011.

"The dangers for children go beyond death and injury," UNICEF said. "Boys as young as 12 have been recruited to support the fighting, some in actual combat, others to work as informers, guards, or arms smugglers."

The UNICEF report said 2 million children needed some form of psychological support or treatment while a total of 5.5 million children were affected by the conflict - some of them inside Syria and others living abroad as refugees.

This is more than twice the number of children affected by the conflict in March 2013, when UNICEF estimated it had impacted 2.3 million young Syrians.

"The decline in Syrian children's access to education has been staggering," the report said. "Today, nearly 3 million children in Syria and in neighboring countries are unable to go to school on a regular basis. That's about half of Syria's school-age population."

UNICEF said there were 323,000 children under 5 years of age in besieged or areas that are hard for humanitarian aid workers to access.

The UNICEF report comes after Save the Children, an international advocacy group that promotes children's rights, issued an assessment of Syria's collapsing healthcare system.

The UNICEF report said Syrian children are being been forced to grow up faster than any child should - one in 10 Syrian refugee children is now working while one in every five Syrian girls in Jordan is forced into early marriage.

"This war has to end so that children can return to their homes to rebuild their lives in safety with their family and friends," said UNICEF director Anthony Lake. "This third devastating year for Syrian children must be the last."