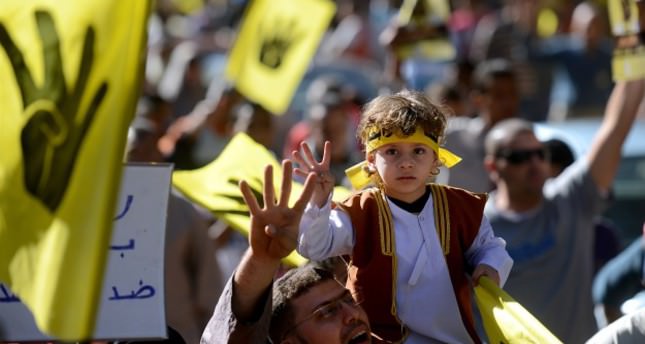 by AA Mar 15, 2014 12:00 am
CAIRO – Backers of ousted president Mohamed Morsi staged morning rallies yesterday as part of fresh week-long protests. Pro-democracy demonstrators marched in the upscale Mohandiseen district in western Cairo, amid calls for justice for pro-Morsi demonstrators killed by security forces in recent months. Hundreds of pro-democracy supporters were killed in mid-August when security forces violently dispersed pro-Morsi protest camps in Cairo. Two pro-democracy rallies set out in the coastal city of Alexandria, with protesters calling for the release of female protesters and condemning what they call the "military coup" against democratically elected Morsi. Morsi, Egypt's first freely elected president, was removed from power by the military on July 3 following mass protests against his administration.