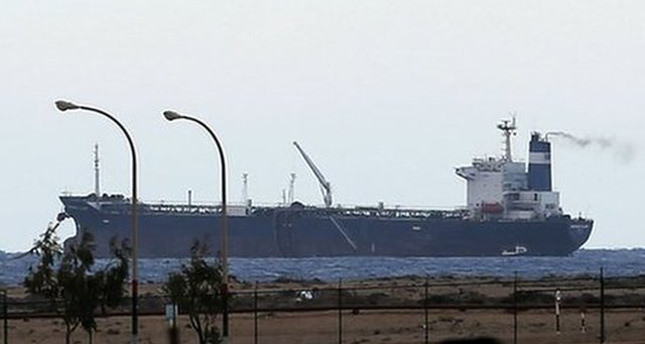 LİBYA – U.S. Navy SEALs boarded and took control of an oil tanker late on Sunday that escaped earlier
this month from a Libyan port with armed men at the helm, the
U.S. Department of Defense said.

Libyan anti-government groups, who are calling for a greater
share of oil wealth and autonomy, had managed to load crude oil
onto the 37,000 tonne-tanker, which escaped the Libyan navy,
embarrassing the weak central government and prompting
parliament to vote the prime minister out of office.

No one was hurt in the boarding operation, approved by U.S.
President Barack Obama, requested by the Libyan and Cypriot
governments and conducted in international waters southeast of
Cyprus, Pentagon Press Secretary John Kirby said.

"The Morning Glory is carrying a cargo of oil owned by the
Libyan government National Oil Company. The ship and its cargo
were illicitly obtained" from the Libyan port of Es Sider, his
statement said.

The Cypriot ministry of foreign affairs said the vessel was
now heading west in the Mediterranean with a U.S. military
escort. It was parked 18 miles (29 km) southwest of Cyprus when
the operation occurred around midnight Cyprus time.

The standoff over control of OPEC member Libya's oil is one
facet of wider turmoil that has engulfed the vast North African
country since the fall of Muammar Gaddafi nearly three years
ago.

The government and nascent army have struggled to control
brigades of former anti-Gaddafi fighters who have refused to
disarm and have used their military muscle to make political
demands on the state, often by targeting the vital oil sector.