Obama and Abbas to talk on Israel peace 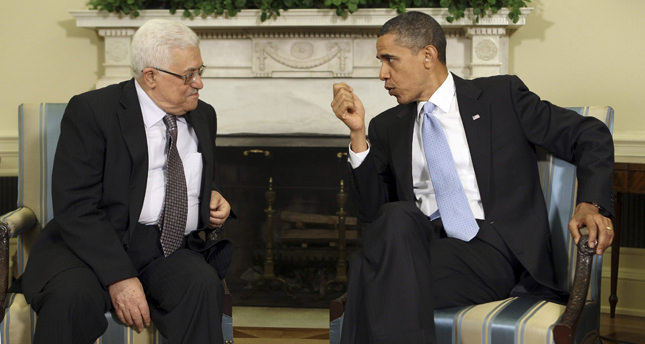 In White House talks overshadowed by the Ukraine crisis, Abbas pressed for Israeli Prime Minister Benjamin Netanyahu to go ahead with the scheduled release of a final group of Palestinian prisoners by the end of March.

"We remain convinced there is an opportunity," Obama told reporters as Abbas sat beside him in the Oval Office. Obama met Netanayahu two weeks ago in Washington and is trying to narrow gaps between the two sides on a framework for a peace deal that would extend negotiations beyond an April deadline.