ISIL threatens to demolish the tomb 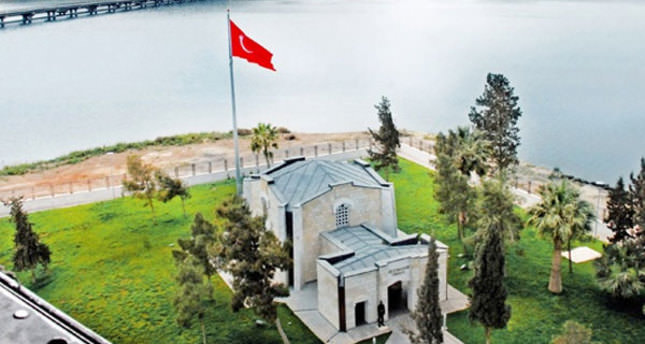 by daily sabah Mar 21, 2014 12:00 am
ISTANBUL — The extremist militant group Islamic State of Iraq and the Levant (ISIL) in a video released Thursday demanded that Turkey withdraw its armed forces from around the tomb of Suleiman Shah, the Turkish enclave in Syria, and threatened that they will otherwise demolish it. "Although the Turkish armed forces are expected to withdraw immediately, we have given a three-day period," ISIL said. "We ask them to remove the Turkish flag and withdraw the soldiers. We do not give consent to the armed forces of a secular country within the ISIL's sacred land. Otherwise, we will demolish the tomb."

The tomb of Suleiman Shah, the grandfather of the founder of the Ottoman Empire, is the only Turkish territory in Syria. ISIL, formerly affiliated with Al Qaeda, is currently fighting with Syrian opposition groups in cooperation with the Assad regime.

The Turkish Government has been closely monitoring the recent events and evaluated any possible attack by the ISIL, by urging military vigilance. In case of any attack against the tomb of Suleiman Shah, Turkey will protect its enclave through air forces. Violent conflict erupted last month between ISIL - formerly affiliated with al-Qaeda - and the Free Syrian Army (FSA) in the area surrounding the tomb of Suleiman Shah, located near the city of Aleppo and under the protection of the Turkish armed forces.

The tomb has been under continuous protection since the beginning of the humanitarian crisis in Syria. The Turkish General Staff has put any possible attack on its agenda due to the increased tension between the two sides.

Under the protection of 28 Turkish soldiers, the tomb of Suleiman Shah is 30 kilometers from the Turkish border. The authorities indicated Turkish land and air forces carried out a comprehensive evaluation, adding the Ministry of Foreign Affairs and the General Staff have taken all possibilities into consideration.

In case of any attack by ISIL against the tomb, the attack will be considered a territorial infringement on Turkish land. The Turkish armed forces will directly respond through air attacks.

Meanwhile on Friday Syrian opposition forces launched an assault on a regime-controlled border crossing into Turkey. FSA fighters mounted an early-morning attack to seize the town of Keseb and its Turkish border gate, opposition sources told an Anadolu Agency correspondent. The sound of clashes was heard in the Turkish border town of Yayladağı and villages along the border. Three regime-controlled border posts have reportedly been captured by the opposition.