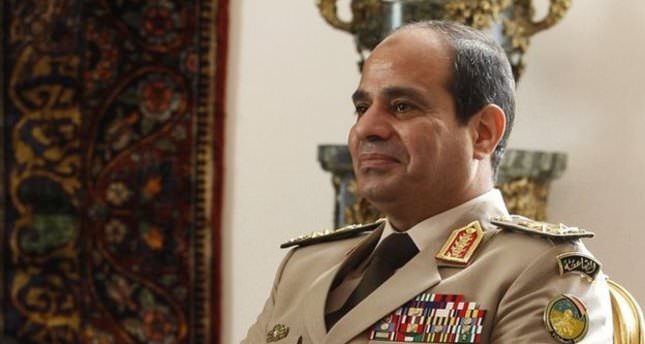 ISTANBUL — EGYPT'S Abdel Fattah al-Sisi, who toppled Egypt's first democratically-elected President Mohamed Morsi last year, announced on Wednesday that he had quit his post as defense minister and would run for presidency.


al-Sisi officially declared his candidacy following his resignation on Wednesday.

According to some reports, there will be no other candidates challenging el-Sisi, who is expected to win the presidential election with an overwhelming majority. The election will presumably take place before June. Mustafa Sıtkı Bilgin, a Middle East expert, spoke to Daily Sabah about the situation in the Egypt.

"After the outbreak of the Arab Awakening [Westerners call it the Arab Spring] in Tunisia in 2010, the sparks of Arab revolution spread to Egypt. Egypt occupies a central role throughout the Arab world. This is because the country possesses a strategic, political and historical importance in the Middle East. But the Egyptian social and economic situation is not so brilliant," he said.

Evaluating the situation in Egypt, Bilgin continued: "When we look at the economic situation of the people, it is divided into two main categories: 70 million people are living under terrible conditions while only 10 million people are living in relatively better conditions. Three groups of people suck all the Egyptian revenue. These are elites, civil bureaucracy and military bureaucracy. Thirty or 40 families direct the entire Egyptian economy. Two factors have always affected Egyptian domestic politics: The first is economic inequality and bad economic conditions, and the second is the search for freedom. These two key factors played a central role in the fall of the Mubarak regime. These two factors also badly affected president Mohamed Morsi's administration and played a considerable role in the fall of Morsi. Of course, we should not forget Israeli and Western support, which they provided for the military regime in Egypt." Bilgin added: "Three years after the removal of the Mubarak regime, these two key factors continue to affect the Egyptian society today. After the downfall of Morsi, many thousands of Ikhwan [Muslim Brotherhood] members and their leaders were either killed or imprisoned. Though the military-backed constitution was voted [on] in the referendum which took place on Jan. 14, 2013, people showed little interest. Thereafter, the military regime and its supporters have been unable to control the opposition groups. Neither opposition - mainly Ikhwan - was able to gain victory against the military regime through protests. Under these precarious circumstances, the head of the military regime, General Abdel Fattah el-Sisi, resigned from his duties and declared himself a candidate for the presidential election, which will be held in the coming months. So from this time onward, difficult times are to be seen in Egypt."

al-Sisi was the leader of the Egyptian military coup that ousted Mohamed Morsi, the first democratically elected president of Egypt, on July 3, 2013. After this, Morsi supporters protesting the coup were either killed or arrested by the military and the police. Furthermore, Morsi was put on trial for various charges. The Muslim Brotherhood was declared a terrorist organization. In January 2014, the interim president of Egypt announced that the presidential election would take place before the general elections. Opposition groups have claimed that the date of the presidential election was changed in order to pave the way for el-Sisi to run for president. Following the retirement of Mohamed Hussein Tantawi, al-Sisi was assigned chief of the Egyptian army by former president Mohamad Morsi.
Last Update: Mar 28, 2014 5:45 am
RELATED TOPICS