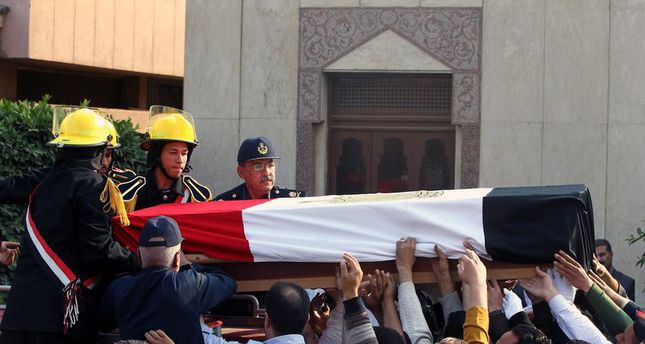 by AA Apr 03, 2014 12:00 am
CAIRO — A group has claimed responsibility for three bomb blasts that rocked the Egyptian capital Cairo on Wednesday in a statement on Twitter.

The attacks were in response to "the arrests and harassment of our women and girls," said "Agnad Masr", or "Egypt's soldiers" in Arabic, the group that claims responsibility.
A senior police officer was killed and five others were injured in three bombings outside Cairo University on Wednesday. Egypt has been dogged by instability since the army unseated elected president Mohamed Morsi last summer following massive protests against his administration.
Egyptian authorities have launched a harsh crackdown on the Muslim Brotherhood, the group from which Morsi hails, killing hundreds of members and arresting thousands.
Last Update: Apr 03, 2014 7:48 pm
RELATED TOPICS