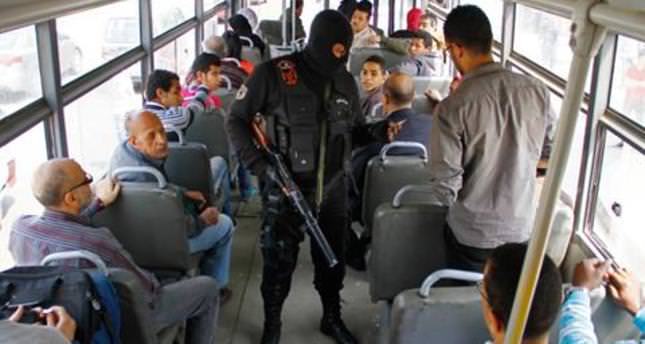 by Anadolu Agency
Apr 04, 2014 12:00 am
CAIRO — Egyptian cabinet has boosted punishment for "terrorist" offences and expanded the scope of crimes that fall under that category on Thursday. The legal amendments will come in force when interim president Adly Mansour approves the government-penned draft.

Egypt has been hit by a string of bombings and shootings targeting the security forces mostly in Sinai Peninsulathe since army ousted elected president Mohamed Morsi last July.

On Wednesday, a police general was killed and five policemen were wounded when three bombs exploded near Cairo University.
The Brotherhood was designated a "terrorist organisation" after the authorities blamed it for several deadly bombings and is targeted in a deadly police crackdown since his ouster.
Last Update: Apr 04, 2014 11:48 am