Israel is not willing to pay the peace price 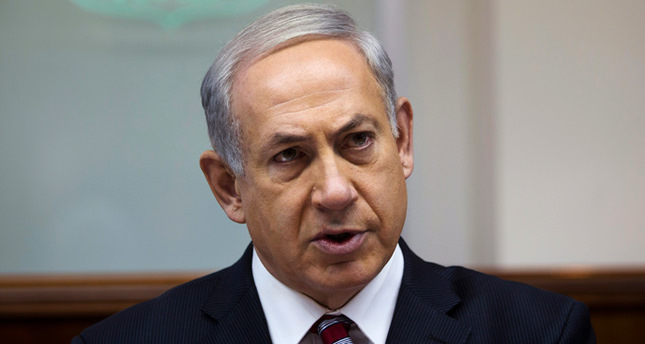 by Apr 06, 2014 12:00 am
JERUSALEM – Prime Minister Benjamin Netanyahu, in his first public comments on a crisis in U.S.-brokered peace talks with the Palestinians, said on Sunday Israel was prepared to continue negotiations but "not at any price".

Speaking at a weekly cabinet meeting, Netanyahu said Israel would respond with steps of its own if the Palestinians pressed
ahead with unilateral actions toward statehood. He did not elaborate.

Attempts by U.S. Secretary of State John Kerry to put peace talks back on track unravelled in the past week after the Palestinians signed 15 international conventions, mainly through the United Nations.

"By doing so, the Palestinians fundamentally violated the understandings that were reached through U.S. intervention," Netanyahu said in his first public remarks since the crisis erupted.

President Mahmoud Abbas decided to sign the international conventions after Israel reneged on a pledge to free the last group of 104 Palestinian prisoners it agreed to release in the deal that led to the negotiations restarting nine months ago.

Netanyahu continued: "They will achieve a state only through direct negotiations and not through empty proclamations or
unilateral moves, which will only push a peace accord farther away."

The talks have struggled since they began in July, stalling over Palestinian opposition to Israel's demand that it be recognised as a Jewish state, and over Israeli settlements, internationally deemed illegal, in the occupied West Bank and East Jerusalem.

U.S. envoy Martin Indyk was due to meet the chief Israeli and Palestinian negotiators on Sunday to try to salvage the process.