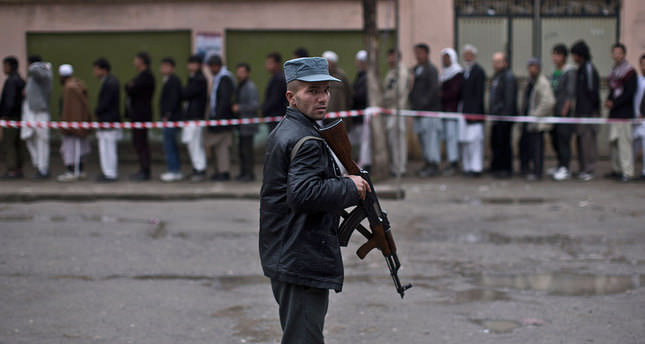 by AA
Apr 06, 2014 12:00 am
KABUL, Afghanistan — Militant attacks claimed 20 lives while security forces killed 89 Taliban members Saturday across Afghanistan despite heavy security during the presidential and provincial council elections, according to the Interior Minister.

In a statement after the elections, Interior Minister Omer Davutzai said 140 attacks had been staged across the country, resulting in the deaths of seven soldiers, nine police officers and four civilians. Also 89 militants were killed in anti-Taliban operations.

He added that 953 of the around seven thousand polling stations had been closed for various reasons.

Among those who voted, 64 percent were males and 36 percent females. Approximately 195 thousand security officials stood guard during the elections.

According to the election commission, the presidential election's preliminary results will be announced on April 24. However, Afghan analysts expect the final results to be reported around mid-May.

This was the first time ever in Afghanistan that a president voted for his successor. President Hamid Karzai ruled the country from 2001 until 2004 as an interim president before ruling as elected president from 2004 to 2009 and again from 2009 until now.