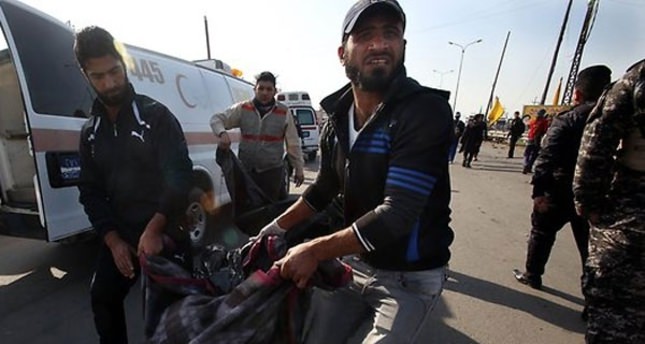 by AA Apr 07, 2014 12:00 am
BAGHDAD — Ten people including four Iraqi policemen were killed and 18 people were injured, including eight policemen, in a car bombing late Sunday in the northern city of Samarra and Mosul, a police official said.

"A suicide bomber drove an explosive-laden truck into a checkpoint at the entry to Samarra," Cap. Omar al-Jabouri told reporters.
The massive bombing caused a considerable damage to the checkpoint and nearby buildings, he said.
Recent months have seen increased upheaval across Iraq.
Although most attacks go unclaimed, Iraqi authorities usually point the finger at Al-Qaeda-linked militants.
In a separate incident Monday, six Iraqis were killed and seven injured when a militant blew up an explosive-packed vehicle at an army site in the northern city of Mosul, a security official.
No group has claimed responsibility for the bombing.
Last Update: Apr 07, 2014 2:11 pm
RELATED TOPICS