UN to cut Syria food rations for lack of funds 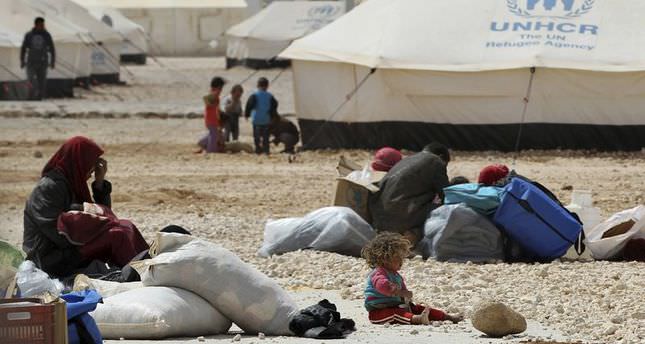 GENEVA — The United Nations has been forced to cut the size of food parcels for those left hungry by Syria's civil war by a fifth because of a shortage of funds from donors, a senior official said on Monday.

Nevertheless, the United Nations' World Food Programme managed to get food to a record 4.1 million people inside Syria last month, WFP deputy executive director Amir Abdulla told a news conference, just short of its target of 4.2 million.
Donor countries pledged $2.3 billion for aid agencies helping Syria at a conference in Kuwait in January, but only $1.1 billion has been received so far, including $250 million handed over by Kuwait on Monday, U.N. officials said.
The delay meant that the standard family food basket for five people, which includes rice, bulgur wheat, pasta, pulses, vegetable oil, sugar, salt, and wheat flour, had to be cut by 20 percent in March to allow more people to be fed, WFP said.
Some 2.6 million Syrian refugees have registered in neighbouring countries, while hundreds of thousands more have crossed borders but not requested international assistance.