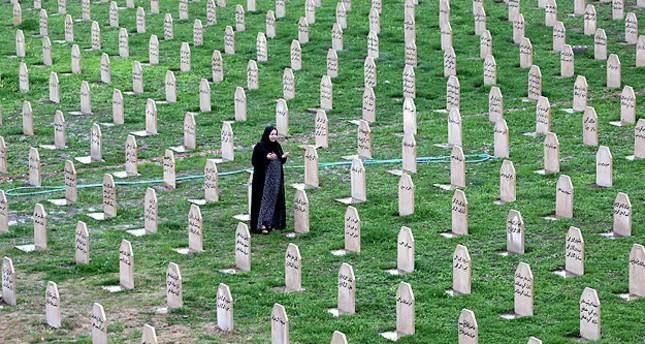 by AA
Apr 10, 2014 12:00 am
IRBIL — Eleven years after the 2003 fall of Saddam Hussein and his Baath party from power in Iraq, after the U.S. invasion, the country is still encased in turmoil and violence.

Iraqi Kurdistan Regional Government (KRG) Prime Minister Necirvan Barzani said Wednesday "after Saddam Hussein was deposed all segments in Iraq compromised and approved a constitution. However, a political culture of turmoil, sectarian conflict, and budgetary embargoes has rocked the country."
Barzani added that the people of Iraq after Saddam's fall "were hopeful that the denial of ethnic, religious and sectarian identities would end. All segments compromised on a new constitution in 2005 but some traditional habits from the Baath regime are still in practice."
The Baath regime in Iraq, under Saddam Hussein, was accused of committing many atrocities during its 24 years of authoritarian rule including the Anfal genocide in northern Iraq when more than 5,000 Kurdish civilians were killed by chemical sarin gas weapons.
Last Update: Apr 10, 2014 1:34 pm