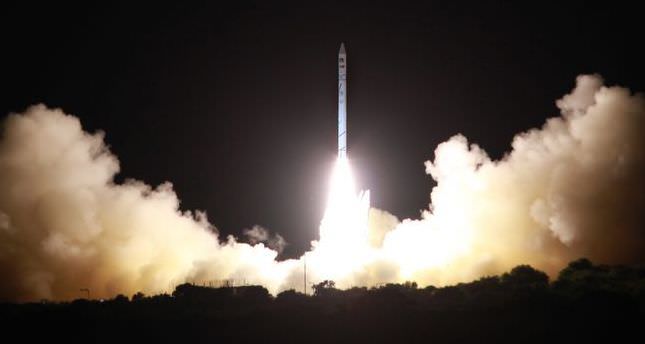 by Apr 10, 2014 12:00 am
JERUSALEM — Israel launched a military spy satellite on Wednesday, four years after sending a similar space vehicle into orbit.

Israeli officials have said before that the nation's satellite programme is aimed at boosting intelligence-gathering capabilities in the face of Iran's nuclear programme and Iranian support for militant groups in neighbouring Arab countries.

The Ofek 10 satellite, whose name is Hebrew for "horizon", blasted off from an Israeli air force test range, a defence ministry statement said. It was the 10th in the Ofek series to be launched into space.

Along with the West, Israel believes Iran's uranium enrichment activities are aimed at producing nuclear weapons, an allegation the Islamic Republic denies.

Israel is widely believed to be the Middle East's only nuclear power.