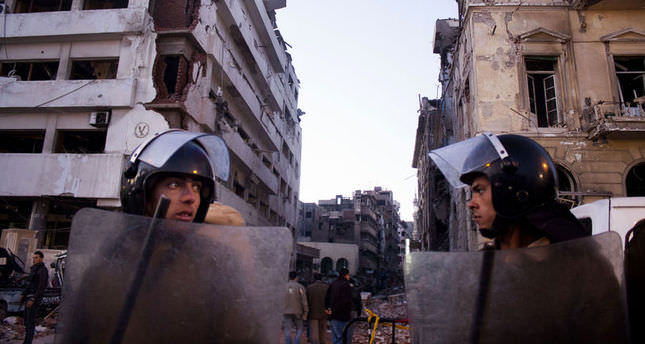 by Anadolu Agency
Apr 15, 2014 12:00 am
CAIRO — Egypt's official news agency says a bomb blast on a bridge over the Nile River in central Cairo has wounded two policemen.

MENA says the device went off during the morning rush hour on Tuesday, targeting a traffic police booth on the al-Galaa bridge.

The Egyptian capital has seen increasing violence and attacks including a car bombing that struck Cairo's main security headquarters and a failed assassination attempt on the interior minister since the military's ouster last July of former President Mohammed Morsi.