'No breakthrough' in Israeli-Palestinian peace talks 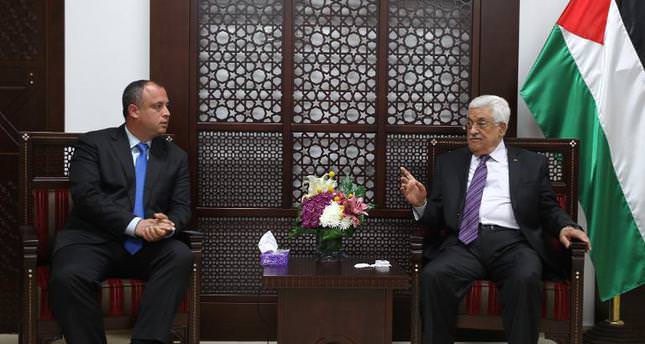 by Apr 18, 2014 12:00 am
JERUSALEM — Israeli and Palestinian negotiators meeting US envoy Martin Indyk to try to find a way to extend faltering peace talks have failed to reach agreement, a Palestinian source told reporters.

The meeting began in the late afternoon on Thursday in a Jerusalem hotel but ended after five hours of "very difficult discussions", the source said.

"The gap (between the parties) is still wide. There was no breakthrough," added the Palestinian source.

Indyk is now expected to meet negotiators again on Friday, but he will talk to the Israeli and Palestinian sides separately.

Israeli and Palestinian negotiators had met on their own on Sunday and held a three-way meeting with Indyk a week ago in last-ditch efforts to save the stagnant peace process launched by US Secretary of State John Kerry in July for a period of nine months.

Washington is pushing for an extension but the negotiations hit an impasse two weeks ago when Israel refused to release a group of Palestinian prisoners as agreed at last year's launch of the talks.

Under the agreement, Israel had committed to freeing 104 prisoners held since before the 1993 Oslo autonomy accords in four batches, but it cancelled the release of the last group of 26.

Among them are 14 Arab Israelis which the Jewish state is refusing to set free.

Thursday's new round of talks came as Palestinians marked Prisoners Day with rallies across the West Bank and Gaza Strip in solidarity with thousands of their jailed compatriots.