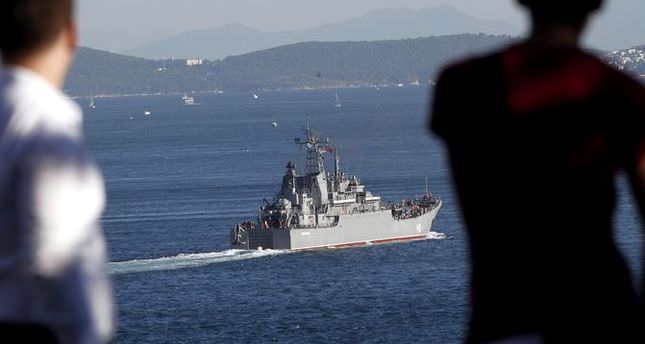 by Anadolu Agency
Apr 20, 2014 12:00 am
BRUSSELS — Syria has shipped out or destroyed approximately 80 percent of its declared chemical weapons material, the head of the international team overseeing the disarmament process has said.

If the momentum was sustained, Syria should be able to meet its April 27 deadline to hand over all declared chemical agents, Sigrid Kaag, special coordinator of the joint mission of the United Nations and the Organisation for the Prohibition of Chemical Weapons, said on Saturday.

Syrian President Bashar al-Assad agreed with the United States and Russia to dispose of the chemical weapons - an arsenal which Damascus had never formally acknowledged - after hundreds of people were killed in a sarin gas attack on the outskirts of the capital last August.
Last Update: Apr 20, 2014 4:06 pm