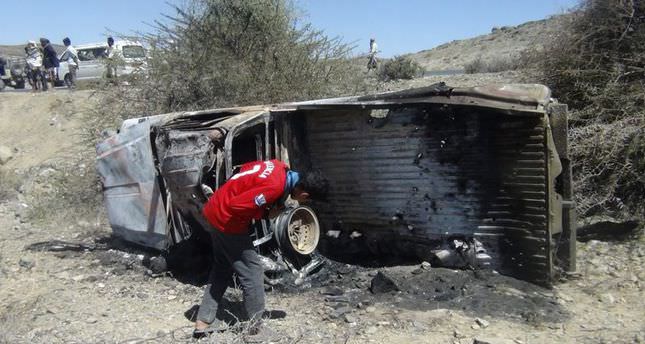 by reuters
Apr 21, 2014 12:00 am
ADEN, Yemen — Air strikes in southern Yemen killed about 30 suspected al Qaeda members on Sunday, local tribal sources said, in the second day of strikes against militant targets in the country.

On Saturday an air strike killed 10 al Qaeda militants and three civilians in central Yemen, a country that neighbors top oil exporter Saudi Arabia and is home to al Qaeda in the Arabian Peninsula (AQAP), one of the group's most lethal wings.

The defense ministry said Sunday's early strikes targeted a remote mountainous region of the south. Its website quoted an official source on the High Security Committee as saying that they were based on information that "terrorist elements were planning to target vital civilian and military installations".

Similar wording was used to justify Saturday's strike, in which three nearby civilians were also killed.

Local and tribal sources later told reporters that another strike hit a car carrying suspected al Qaeda militants in the southern Shabwa province, killing five of them, late on Sunday.