5 sentenced to death in Saudi Arabia for 2003 attacks 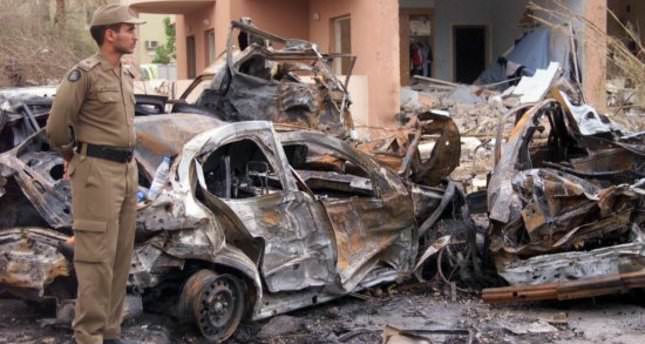 by Apr 21, 2014 12:00 am
RIYADH — A Saudi Arabian court on Sunday sentenced five men to death for their involvement in a suicide attack on expatriate residential compounds in Riyadh in 2003, the state news agency reported.

Another 37 people were sentenced to terms of three to 35 years for assisting the attacks in northeastern Riyadh, which were part of a three-year campaign by al Qaeda that killed hundreds and was aimed at destabilizing U.S. ally Saudi Arabia.

Riyadh crushed the campaign in 2006, detaining more than 11,000 people in its security prisons, it has said.

Saudi Arabia has put on trial hundreds of accused militants in recent months, jailing many of them and sentencing others to death on charges that they played a role in the 2003-06 campaign, or aided those going to fight in Iraq or Afghanistan.

The conservative Islamic kingdom has grown increasingly concerned about radicalization this year because the war in Syria has spurred what they see as a surge in online militancy. They are worried about a new al Qaeda campaign of attacks.