At least 144 die of starvation in Syrian refugee camp 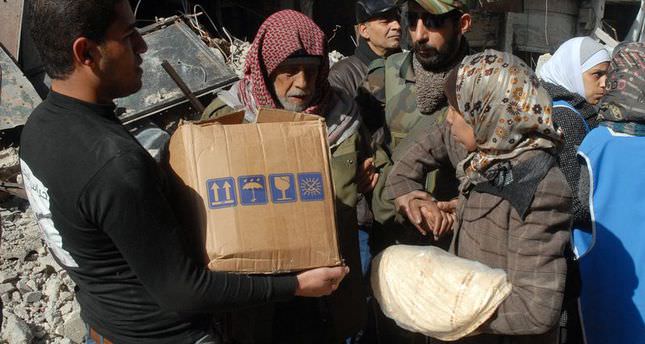 by AA
Apr 21, 2014 12:00 am
ISTANBUL — At least 144 people have starved to death at the Yarmouk refugee camp in the Syrian capital of Damascus, activists have said.

Rami Al-Sayed, a local activist, said that it has been two weeks since the UN Relief and Works Agency for Palestine Refugees in the Near East has been able to distribute food and assistance inside the camp.

"Conditions in the Yarmouk camp are starting to get worse again," he said, adding that the number of deaths from starvation has risen by 16 from the 128 deaths reported last month as the recent escalation in fighting in Syria's civil war has prevented delivery of food and medical supplies.

The three-year conflict in Syria has internally displaced more than 6.5 million people, according to the UN, and more than two million Syrians are now registered as refugees in neighboring countries, including Turkey, Lebanon, Jordan and Iraq.