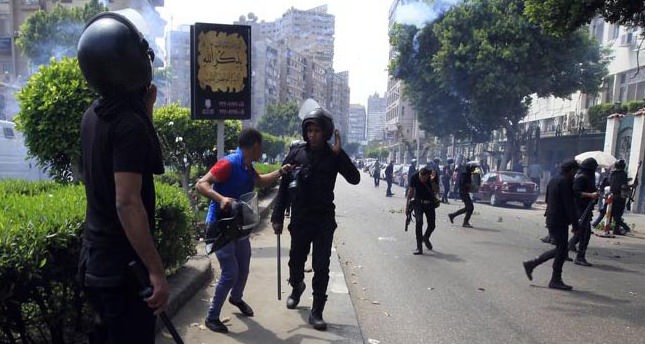 by AA
Apr 21, 2014 12:00 am
ANKARA — Egypt has deported a Turkish citizen who was arrested on April 17 alongside four Egyptians accused of encouraging anti-government demonstrations Sunday.

Mustafa Koçer was deported by court order despite having a valid visa and being found not guilty of the allegations.

Koçer's friends claims Mustafa had come here to learn Arabic language and religious education. On the third day of his arrival he was detained with four Egyptian citizens by the Egyptian security forces in Al Doqi because his haircut looked like Muslim Brotherhood members.

The air ticket for Koçer was purchased by the Turkish Embassy in Cairo and police placed him on an Istanbul-bound flight at 8.30pm.