Kingdom Tower to be the world's tallest building 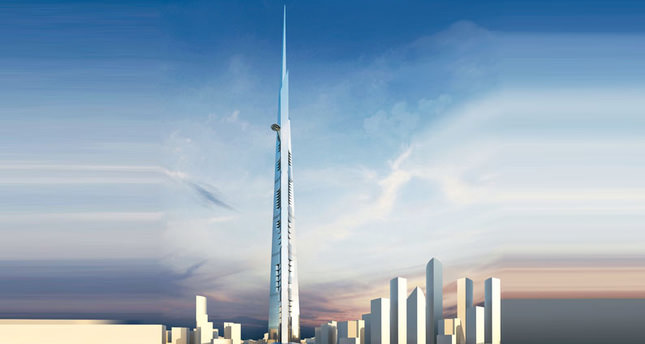 The Kingdom Tower will stretch a kilometer high and include a hotel, serviced apartments, luxury condominiums and offices. The building reportedly will have 200 floors, 160 of which are habitable. The tower is part of the first phase of Kingdom City, which is being built north of the Red Sea.

It is expected to cost around $1.2 billion (TL 2.6 billion) and will include a hotel and retail and luxury residential projects. The tower, designed by Chicago-based Adrian Smith & Gordon Gill Architecture, is the first phase of the planned Kingdom City, a sprawling, $20 billion, two-square mile urban development project first announced in 2008 as the global financial crisis was squeezing world markets.