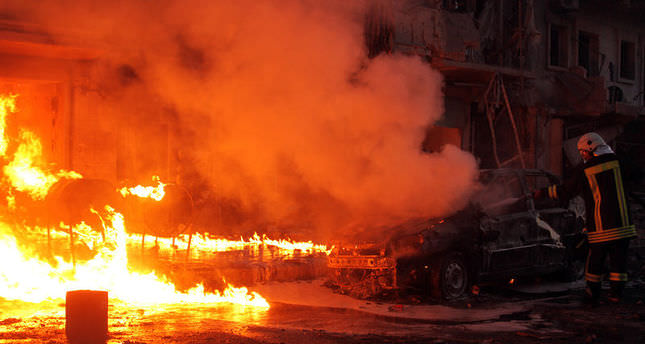 The presidential elections in Syria, which has been wrecked by civil war since early 2011 resulting in more than 150,000 deaths, will be held on June 3, according to a statement by People's Council Speaker Mohammad Jihad al-Laham

DAMASCUS — The speaker of the People's Council of Syria said yesterday presidential elections would be held on June 3 amid a civil war that killed more than 150,000 people. Delivering a speech during a session of parliament, Mohammad Jihad al-Laham said candidacy applications will start Tuesday and candidates could register until May 1. Presidential elections will be held on June 3 from 7:00 a.m. to 7:00 p.m., al-Laham said. Syrians living abroad may cast their votes at Syrian embassies in the countries in which they live beginning May 28, the speaker said. The three-year conflict in Syria has internally displaced more than 6.5 million people, according to the UN, and more than two million Syrians are now registered as refugees in neighboring countries, including Turkey, Lebanon, Jordan and Iraq.