Dozens killed in Iraq before elections due 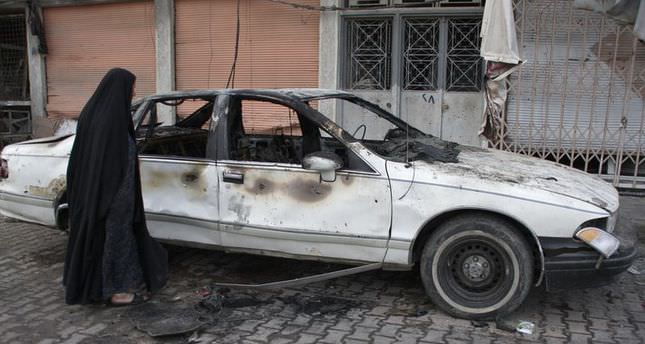 by Associated Press Apr 22, 2014 12:00 am
BAGHDAD — Suicide bombings and other attacks across Iraq have killed at least 33 people and wounded another 80, in a surge of violence as the country counts down to parliamentary elections.

Monday's deadliest attack took place south of Baghdad in the town of Suwayrah, where a suicide bomber rammed his explosives-laden car into a police checkpoint, killing 12 people; five policemen and seven civilians. Police said 19 people were wounded in that attack.

In the nearby town of Madain, about 20 kilometres southeast of Baghdad, another suicide car bomber struck an army checkpoint, killing three soldiers and two civilians. Another 12 other people were wounded.

An Iraqi soldier was killed and three were wounded when a roadside bomb struck their patrol in the northern town of Mishahda, 30 kilometres north of Baghdad.

And in the town of Latifiyah, about 30 kilometres south of Baghdad, gunmen in a speeding car went on a shooting spree, killing one civilian and wounding two, police said.

The increase in deadly shootings and bombings has become the Shia-led government's most serious challenge as the nation prepares to head to the polls on April 30 - the first vote in Iraq since the US army withdrawal in 2011.

According to the United Nations, 8,868 people were killed in Iraq last year.