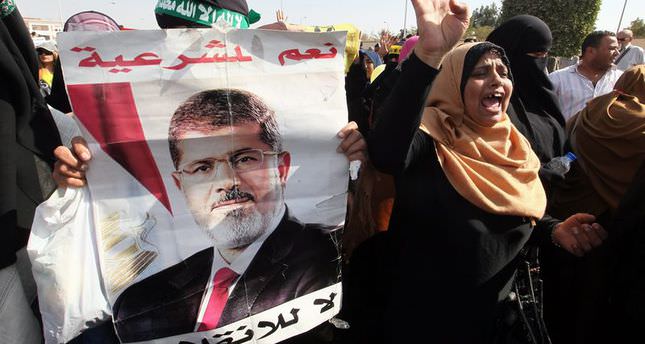 by AA Apr 22, 2014 12:00 am
CAIRO — An Egyptian court on Tuesday resumed the trial of ousted president Mohamed Morsi and 35 co-defendants charged with espionage.

Morsi and 21 co-defendants are attending Tuesday's court session, a judicial source said, while the rest are being tried in absentia.

Tuesday's session is expected to see the members of technical committees – tasked with coordinating evidence for the prosecution – taking their oath.

Trial proceedings were temporarily suspended earlier this year to consider requests by defense lawyers for the recusal of the presiding judges.

The defendants face charges of "conspiring" with Palestinian group Hamas and Lebanon's Hezbollah to carry out "terrorist acts" inside Egypt.

Morsi and his co-defendants emphatically deny the charges against them, which they describe as politically driven.