US to send military assistance to Egypt 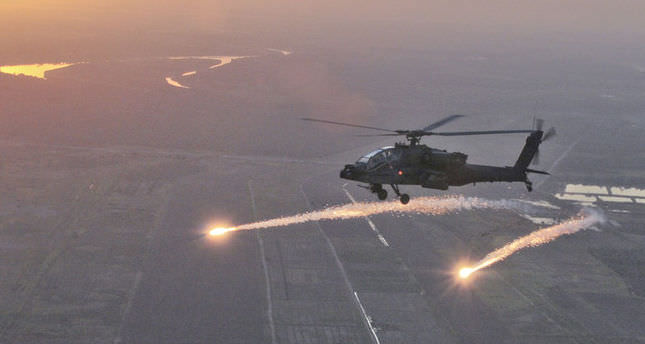 by Anadolu Agency Apr 23, 2014 12:00 am
WASHINGTON D.C. — The U.S. will release some of its annual $1.3 billion military assistance package to Egypt, the Defense Department confirmed on Tuesday, after finding the Arab nation is maintaining its peace accord with Israel.

The sum of ten Apache attack helicopters will be delivered to Egypt, relaxing a partial suspension of aid imposed after Egypt's military ousted President Mohamed Mursi last year and cracked down violently on protesters.

Defense Secretary Chuck Hagel informed his Egyptian counterpart of the decision, which will help Egypt's counter-terrorism operations in the Sinai Peninsula, the Pentagon said.

Secretary of State John Kerry had paved the way by certifying to Congress that Egypt met key criteria for Washington to resume some aid.

Those criteria included Egypt "upholding its obligations under the Egypt-Israel Peace Treaty," the State Department said.

But Kerry noted in a call with his counterpart that he was not yet able to certify that Egypt was taking steps to support a democratic transition.

One U.S. official, speaking on condition of anonymity, said no other military aid beyond the Apaches, built by Boeing Co., was being freed up at the moment. That meant that delivery of other hardware, like F-16 fighter jets produced by Lockheed Martin Corp, remained on hold.

Still, the move to free up the delivery of the Apaches underscores the importance that Washington places on ties with Egypt, which for decades has been among the largest recipients of U.S. military and economic aid because of its 1979 peace treaty with U.S. ally Israel.