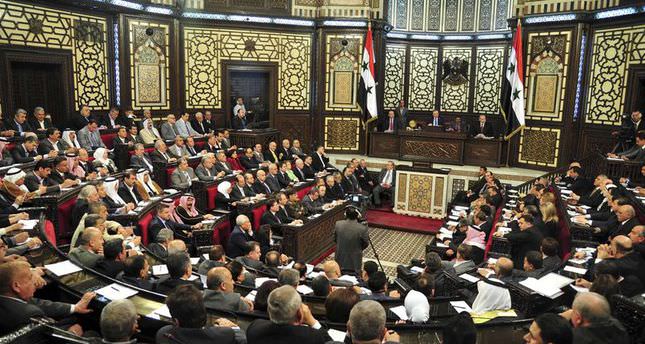 by AA Apr 24, 2014 12:00 am
DAMASCUS — Aleppo member of Parliament Maher Abdul-Hafiz Hajjar has become the first candidate to register for the Syrian presidential elections to be held on June 3, officials said.

Syria has said it will hold presidential elections while new investigations over the use of chemical weapons are under way.

The US has called the election a "parody of democracy".

Hajjer, born in 1968, was elected as Aleppo member of parliament for the Popular Front for Change and Liberation in 2012.

State television said Hajjar had been a member of the communist party from 1984 to 2000, when he left to form the Popular Will Party in Aleppo.

Syrian President Bashar Al-Assad is set to seek another term in office, despite the three-year long conflict with opposition forces which has cost the lives of at least 150,000 Syrians.