US 'disappointed' by Palestinian unity deal 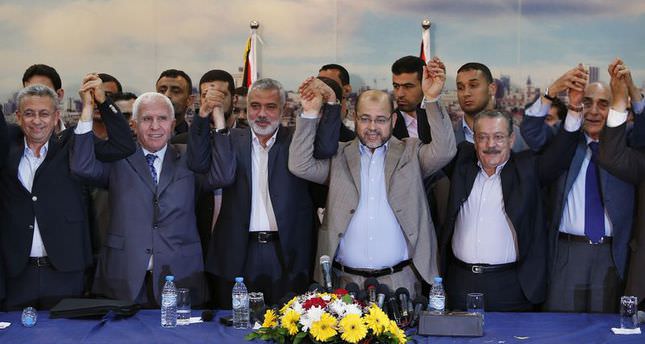 by Apr 24, 2014 12:00 am
WASHINGTON — The United States said on Wednesday it was let down by a unity pact agreed to between the Gaza-based group Hamas and President Mahmoud Abbas' Palestine Liberation Organization and added it could make peace efforts difficult.

"The timing was troubling, and we were certainly disappointed in the announcement," State Department spokeswoman Jen Psaki told a regular news briefing.

"This could seriously complicate our efforts - not just our efforts but the efforts of the parties to extend their negotiations."

The United States, Israel and the European Union view Hamas as a terrorist organization.

The leaders of a U.S. House of Representatives appropriations subcommittee that oversees foreign said the Palestinians' agreement with Hamas could jeopardize funds they receive from the U.S. government.

Washington sends about $500 million to the cash-strapped Palestinian Authority each year. Frustrated members of the U.S. Congress, who are generally strong supporters of Israel, said that money could be cut off.